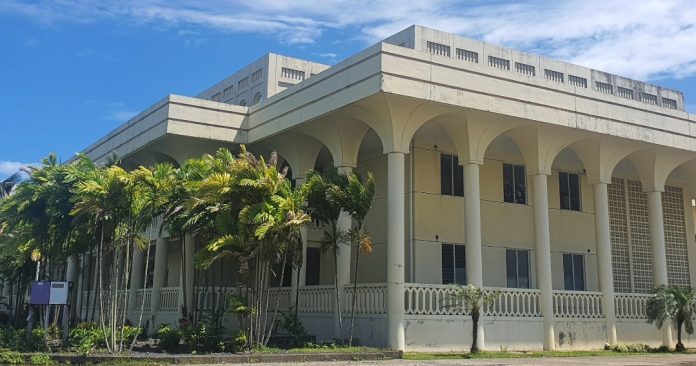 Acting Chief Justice, Mata Keli Tuatagaloa has set out the Court schedule for electoral candidate eligibility petitions to be heard before the Supreme Court of Samoa over the next three weeks.

Three applications were withdrawn on Friday, including the application by Minister of Finance Sili Epa Tuioti against a registered candidate of Fa’asalele’aga No.1. Businessman Fiu Gasologa Foloki has withdrawn his application for candidacy following the confirmation of a 2016 conviction for Actual Bodily Harm (ABH) in the District Court.

The second withdrawn petition is the application by Vui Seigafolava Sione Masinamua who was deemed ineligible by the Electoral Commissioner for not satisfying the minimum 305 days per year of residency in the preceding three years. Vui is the deputy leader and spokesperson of the SNDP political party.

The third petition to be withdrawn is that by I’a Sau Toeupu Kaisara who had announced his intention to run for HRPP, however, he was not named in the Electoral Commissioners 200 approved list of candidates.

Justice Tuatagaloa has warned counsels to adhere to strict timelines and to be prepared to work after hours.

“To all counsels of all parties of these petitions, please keep in mind that there will be proceedings continuing after 5pm and also proceedings that will take place on Saturdays,” Justice Tuatagaloa said.

The dates and Judges who will be hearing the petitions are as follows: