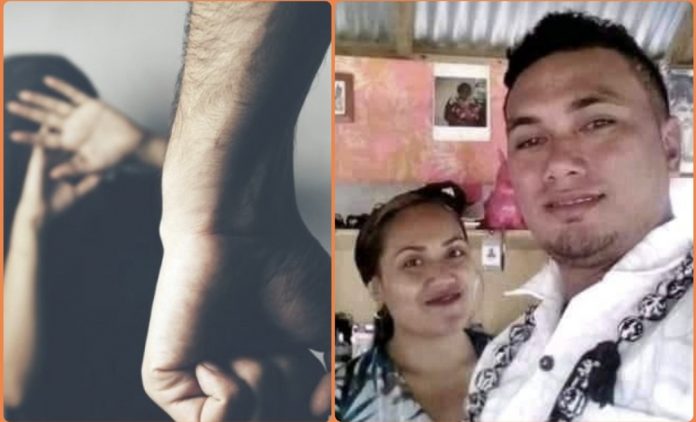 1 December 2021 Apia Samoa. A 34 year old man from Tulaele, Edward Ulberg, has been taken into police custody and charged with murder for allegedly causing the death of his pregnant wife and their unborn child.

Deputy Police Commissioner Auapaau Logoitino Filipo said they were alerted just after 9am this morning by doctors of the Motootua National Hospital, however, the victim was pronounced dead on arrival.

Auapaau said their preliminary findings are that a weapon was used, and the mother of four is believed to have been with child.

“A small knife is the suspected weapon used, and we know the victim was with child. We are continuing our investigations to confirm how far her pregnancy was,” said the Deputy Police Commissioner.

“We are expecting to file further charges in relation to the unborn child,” he added.

The victim has been identified as Elisapeta Vaiotu – the only daughter of her late father who comes from Vaimoso. Elisapeta’s mother is from Lano, and on her mom’s side, she has a sister, Dorrah Laau, who spoke with Samoa Global News.

Dorrah said her sister was found dead this morning at her husband’s family compound at Tulaele. She said her sister had stab wounds on her back and her face was badly bruised. Dorah said her mom only has two daughters, herself and Elisapeta.

Her sister’s eldest was being looked after by their mother, while her three young children to her current husband are aged five, three and one-and-a-half. “They are very close to his parents, so they are with their father’s family,” she said.

“Our family are shocked and deeply saddened by the news of my sister’s sudden death, and what makes it so much worse, is that she is expecting,” said Dorrah.

Elisapeta’s death comes as Samoa and the world are amidst programmes of 16 Days of Activism, to end violence against women and children.

A National Inquiry into Family Violence conducted by the Office of the Ombudsman’s Human Rights Institute found Intimate Partner Violence (IPV) to be prevalent in Samoa, with close to 9 out of 10 women being abused by their intimate partners.

86% of women reported being regularly subjected to kicking, punching, slapping and causing bodily harm by the use of a hard object (rock, stick, tree trunk, hose, etc) while 24% of women experienced choking. Non-physical violence of yelling and harsh words, as well as threats of physical violence were reported by 87% of women in intimate partner relationships.

or the Samoa Police Domestic Violence Unit on Ph 22222.