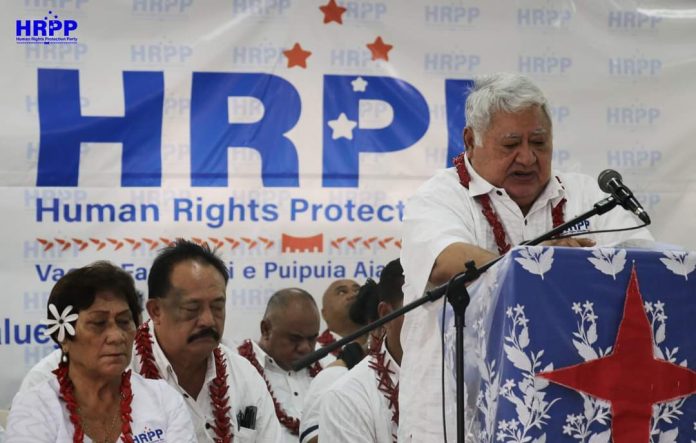 The Human Rights Protection Party (HRPP) has promised the Savaii people a new hospital at Salelologa as part of their manifesto.

Party leader and Prime Minister since November 1998, Hon Tuilaepa Dr Sailele Malielegaoi told the people of Savaii there would be a new hospital at Salelologa to cater for the needs of the Puleono especially patients needing to be admitted.

“This new hospital will cater for critical patients that are needed to be admitted for special medical care.”

Keeping health as a priority, Tuilaepa again highlighted plans for a specialist service hospital that can cater for patients needing medivac.

Tuilaepa said they will look into bringing experts from overseas to train our local medical teams to cater for medivac services not only between Upolu and Savaii but overseas.

“It reflects and reaffirms the government’s priority to seek and secure all possible specialised medical treatment which is not available on island for our people,” said Tuilaepa.

Established in 1979 and dominant in Samoa politics since 1982, the HRPP announced other areas of development outlined in their Manifesto.

The Prime Minister also highlighted some of the major developments that HRPP has accomplished for Samoa, in the last 5 years. A video clip was put together that summarises completed works

HRPP revealed the details of their next five-year plan as Samoa gets closer to its general election on 9th April 2021. The plans are complemented by a forward looking 2040 Plan for the development of Samoa

The Manifesto was delivered to both Upolu and Savaii this past week.