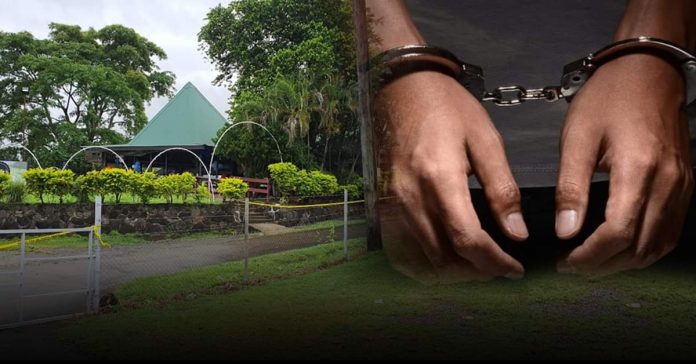 25 January 2020, Apia Samoa. A former security guard of Birdie’s Bar at the Faleata Golf Course appeared before the Supreme Court of Samoa today, charged with the murder of Misipati Poasa, 30, of Aele Fou and Faleula.

Gregory Roache, 24, was arrested by police on Sunday 13th December 2020, less than 24 hours after Poasa’s body was found outside Birdie’s bar

Police and FESA were called to the scene at around 10pm on Saturday 12th December when Faleata golfers discovered Poasa’s body in the garden area outside Birdies Bar at Faleata Golf course.

The arrest was made by police less than 24 hours later, on Sunday afternoon.

In Court this morning, Roache faced 12 preliminary charges and Prosecution requested a two week adjournment to finalise charges against him.

The Court postponed the matter and ordered the defendant to seek counsel through legal aid due to the seriousness of the charges against him.

Gregory Roache has been granted bail to await Court proceedings.

Accused of Treason, Laauli Calls for Peace and Urges Supporters to Remain Calm

Ministry of Finance Present at First Chamber Meeting of 2021

Admin - March 4, 2021
A special presentation by the Ministry of Finance was the feature of the first members meeting of the Samoa Chamber of Commerce for 2021. Held...

Samoa Set to be Next Global Digital Hub

Accused of Treason, Laauli Calls for Peace and Urges Supporters to...

NEOC Proceeds with Caution on Release of Passengers from 12th February...