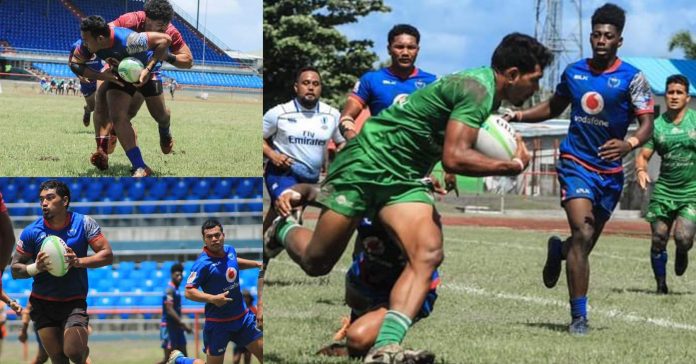 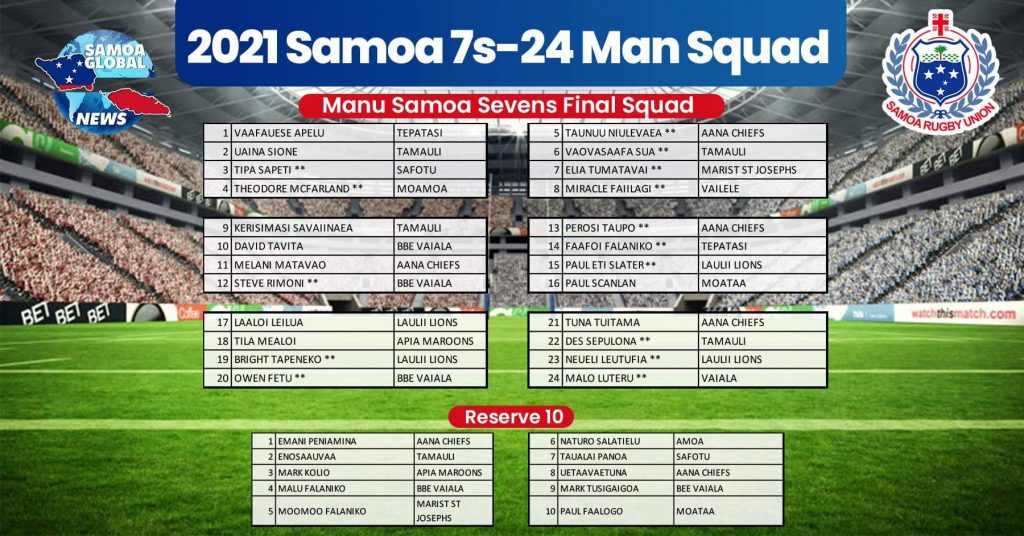 New cap Tipa Sapeti finally gets his chance at the blue jersey after years of training under Sir Gordon Tietjens, but never making selection into the squad.

The BBE Vaiala outside back was praised by Head Coach Muliagatele last week on his consistent performance over the first week of trials and looks to have done enough in week two to gain the coach’s confidence.

Samoa may well have found its next power forward in Aana Chief’s Taunuu Niulevaea, still only 20 years old, with the potential to become a combination of Alafoti Faosiliva’s power and Ofisa Trevaranus’ prowess. 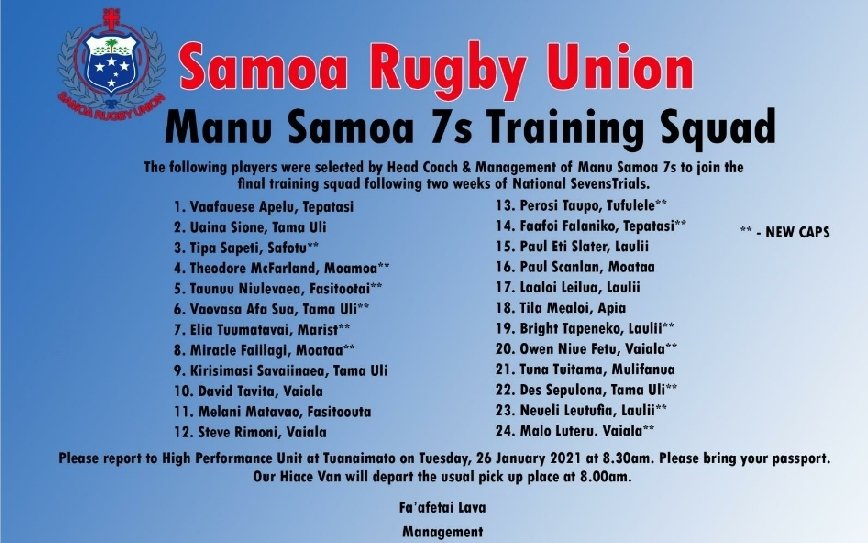 Lima has added some size to the squad with the addition of 6’6” locks, both new caps, Theodore McFarland and Miracle Faiilagi.

McFarland, who plays his club rugby with the SSAB Moamoa Roosters, also represented Samoa in Basketball at the South Pacific Games, and was an exciting performer for the Manumā Global Rapid Rugby team. His Manumā performance earnt him a Major League Rugby contract for the Dallas Jackals, now delayed due to Covid-19.

Miracle Faiilagi missed his opportunity to represent Samoa at the U20’s level when he dislocated his shoulder just days from a test match against Tonga in February last year, where Samoa won 36-0. The Vailele lock has put his hand up for selection over the past two weeks and the coaches have taken notice of his hard work.

Paul Eti Slater of Laulii Lions finally gets a well-deserved call-up to Manu Samoa 7’s after several years of being overlooked despite stand-out performances in local competition.

Another ‘one-to-watch’ is up and coming Malo Luteru of BBE Vaiala, described by his club coaches as, “a dangerous speedster and ankle breaker” for his “electric quick feet and linebreaks”, not only in 7s but also in the 15s game as he showed for Manono in the Lakapi Championship.

The remaining 9 players are seasoned veterans who look to take on a leadership role to guide the new, young talent entering the squad.

David Tavita showed his leadership during trials as one of the few veterans in the Upolu side.

Other notable veterans returning are Vaafauese Apelu, who led Tepatasi to a Samoa National 7’s Series Championship in 2020. He seems to have further improved his form, while Apia’s Tila Mealoi has been able to prove himself worthy of 7’s selection, after a stint with the 15’s form of the game.

Muliagatele says the training squad of 10 is to ensure Samoa 7s has a good depth of players always ready to step up to the national team, and adds that if the 24 lack discipline, the reserves can well make the squad to replace them.

Some of Samoa’s best talents in Joe Perez, Kelvin Masoe, Gordon Langkilde and Elisepeta Alofipo are missing from Lima’s squad. Kelvin Masoe and Elisapeta Alofipo have not reported to trainings since being called into Lima’s initial 45-man squad while Joe Perez and Gordon Langkilde did train with the squad but stopped after the Lakapi Championship. All four were named in Seilala Maposua’s Dream Team following the Lakapi Championship.

Manu Samoa 7’s will now prepare for Olympic qualification tournaments. However due to Covid-19, dates are yet to be confirmed.