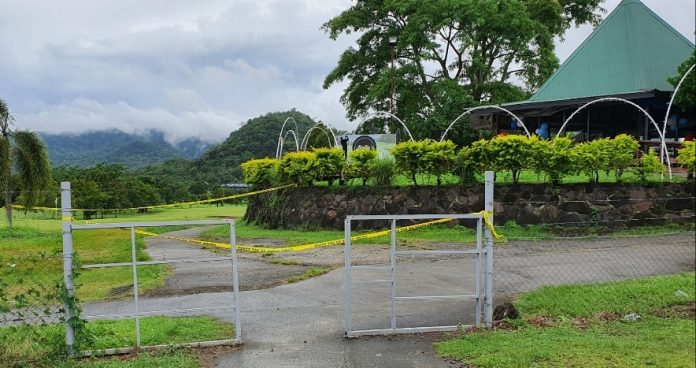 13 December 2020. The body of a man discovered dead in the garden area outside Birdies Bar at Faleata Golf course was taken away by ambulance at around 10pm Saturday night.

Responding to questions from Samoa Global News, Police Commissioner Su’a Fuiavailiili Egon Keil said the Central Investigations Unit had been on site, and were treating the incident as a homicide.

“CID is at the scene investigating a homicide. We have no further information at this time”.

Members of Tsunami golfers who frequent the nearby Faleata Golf club fale on Saturday evenings say an ambulance came and took what appeared to be a young man’s body.

They say a workplace Christmas party was held at the Birdies Bar earlier in the day, starting around noon.

Police CID have secured the area, treating it as a crime scene as investigations continue.