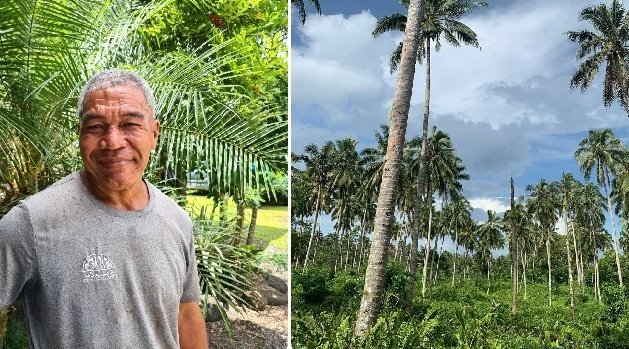 Over 200 laid off workers in the Samoa tourism industry hit hard by Covid-19 lockdowns, will benefit from a coconut and cocoa replanting scheme that aims to plant 300,000 coconuts across Samoa.

With the recent announcement by the Sinalei Reef Resort of its temporary closure, affected workers welcomed the news of a new employment scheme initiated by the Samoa Tourism Authority (STA) in partnership with the Ministry of Agriculture and Fisheries (MAF) that aims to rehabilitate the coconut industry while offering a wage incentive for those temporarily unemployed in the tourism industry.

Fifty displaced tourism workers from Poutasi, Siumu and neighbouring villages attended a workshop last week in Poutasi facilitated by MAF and STA to explain the scheme which will assist 200 laid off workers from the tourism industry, by placing them in selected stations for 15 weeks, to mass produce cocoa and coconut.

Mr Aniseto Laulu who has been a long time employee of the Sinalei Reef Resort for 20 years was present at the workshop and despite the predicament he and his colleagues have found themselves in, he remains remarkably optimistic about the future and is taking nothing for granted.

“We never give up” said Mr Laulu “We will always try to get advice for our future and we still try to find a little bit of money to help us, until we can work again at the hotel. Whatever money we get, we give thanks to the Lord.”

The coconut and cocoa replanting scheme will contribute to the rehabilitation of an aging coconut population with a goal to replant 300,000 coconuts while also offering a wage incentive for those temporarily unemployed in the tourism industry.

Since the mass lay-offs in the tourism industry last year, it was not uncommon to hear that many had returned to the land as a means of survival but to Mr Laulu the opportunity to join the proposed replanting scheme meant he could do something important for Samoa at the time same, that would benefit generations to come.

“This is so important…so important” he said “It’s not something for the here and now – the blessings will be in the future. It’s so amazing that I can do this for my children and future generations.” 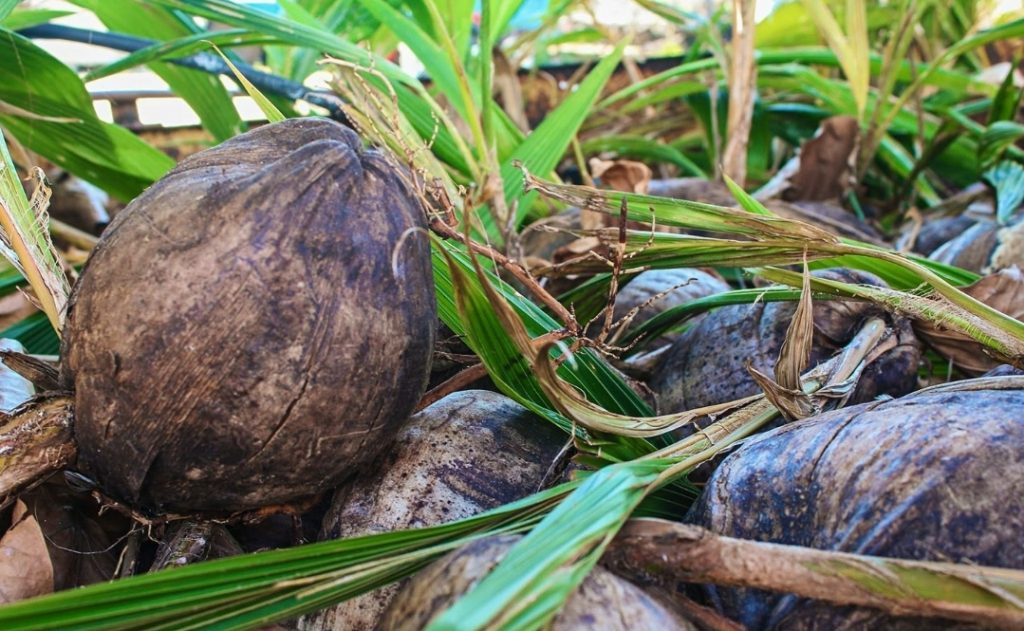 With 20 acres of family land to work with, Mr Laulu says the coconuts on the family plantation were planted during his grandfather’s time and it worries him to see the effects of the aging trees on their food supply.

Realising that he is now in a position to change that reality for future family generations brings him relief and even some excitement.

“My family has heaps of old coconut and cocoa trees which were planted by my grandfather and my father, now they no longer bear as much fruit and the size of the coconuts are getting smaller. I feel excited and look forward to replanting the trees like my grandfather did many years ago when he was thinking about us – it’s my turn now.”

ACEO for MAF Crops, Tanu Toomata said sourcing workers from the struggling tourism industry will have significant impact on MAF to reach their target of re-planting 300,000 coconuts which will be procured from communities at a cost of SAT 0.50 sene per coconut.

Under the Employment scheme, Mr Laulu and others who are eligible will receive free seedlings to plant on their land as well as full training to ensure they are planted correctly and monitor the health of the plants.

In addition to the mass replanting programme, MAF plans to allocate temporary employees to be based within the Ministry’s research and extension stations around Samoa to support cocoa and coconut nursery establishment and maintenance.

As part of MAF’s ongoing efforts to reduce the Coconut Rhinoceros Beetle (CRB) infestation, workers in the scheme will also be trained on how to sanitise their coconut plants.

Mr Laulu says the transition to outdoor field work will not be difficult because he looks forward to learning new skills in agriculture and plans to tackle the project with the same energy he has given to his work at Sinalei for two decades.

”I’m also looking forward to learning new things and pick up new skills because the world has changed, the climate has changed and we have to do things differently now,” said Mr Laulu.

“Doing this kind of work won’t be hard because we have grown up around the plantation. I will work the same as I do for Sinalei by doing my best. I will share and help with the new trainees to make this a successful project. If you are honest and hardworking then they will do the same.”

Workshops about the working scheme were conducted in Asau and Poutasi last week by STA and MAF personnel who will continue on to explain the scheme to those interested from selected areas in Savaia, Aleisa, Nuu Crops Station, Nuu SCATAP and Salelologa.