Football superstar Cristiano Ronaldo and wife Georgina Rodriguez, took to their socials to announce their baby son has died during child birth.

The couple say it’s the greatest pain any parent can feel and only the birth of the child’s twin sister gives them the strength to live this moment with some hope and happiness.

“Only the birth of our baby girl gives us the strength to live this moment with some hope and happiness.”

They also went on to thank the doctors and nurses for the care provided and support they received and asked for privacy at this time. 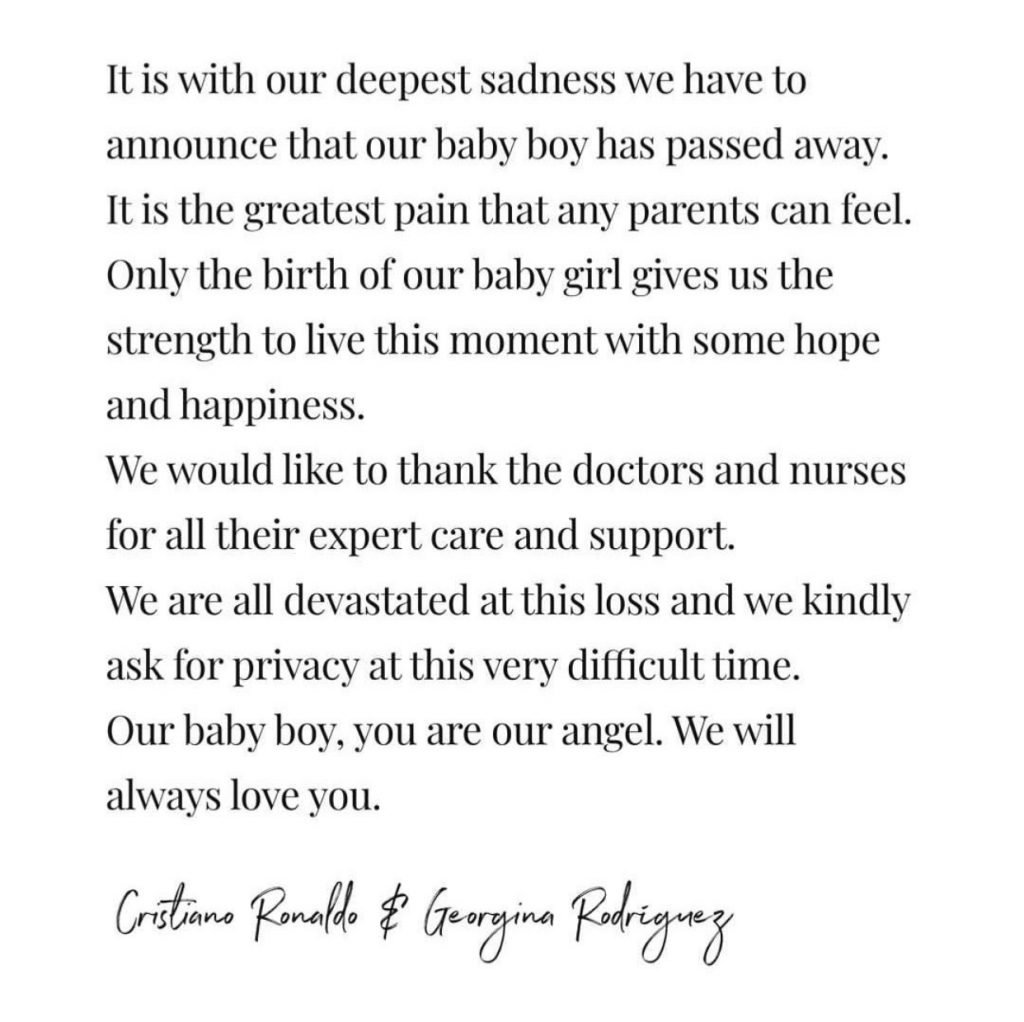 In October Ronaldo stated he and Rodríguez were expecting twins. Two of Ronaldo’s previous four children are also twins. “Delighted to announce we are expecting twins,” a statement at the time said. “Our hearts are full of love – we can’t wait to meet you.”

Rodriguez has previously stated how loving a father Ronaldo is. “Every day by your side is happy and special,” she said on Instagram. “We love you indefinitely. Thank you so much to the best dad in the world.”

Support messages from fans and football clubs across the world are flooding the comment sections, along with retweets from family and Ronaldo’s current football club, Manchester United.

United are set to travel to Anfield this week to play Liverpool in the Premier League. Whether the forward will feel ready to make himself available for the game remains unclear. 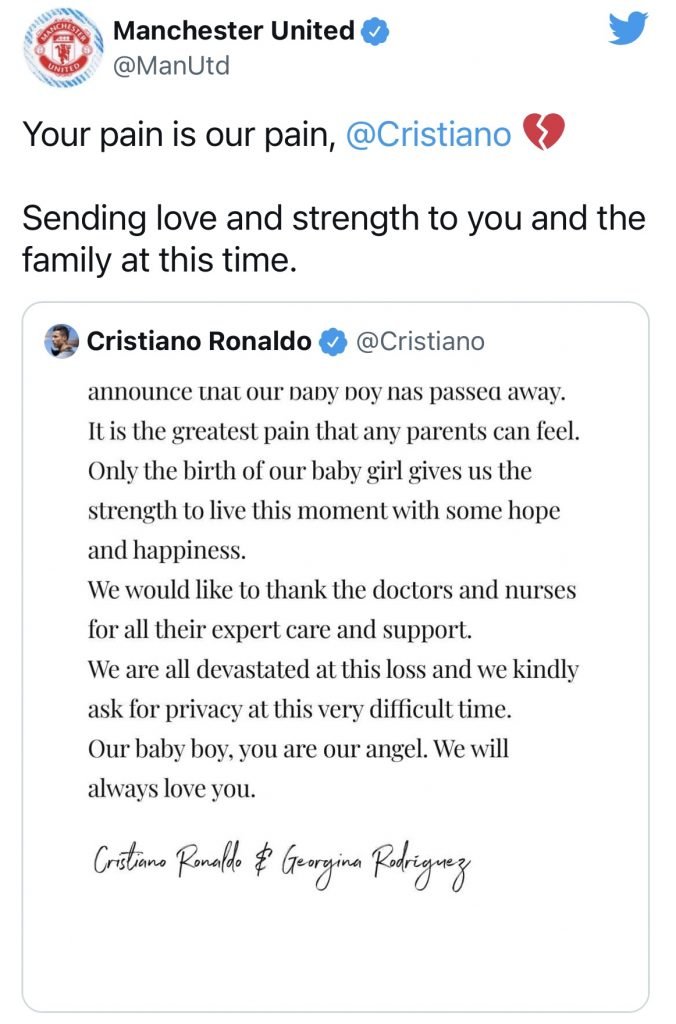