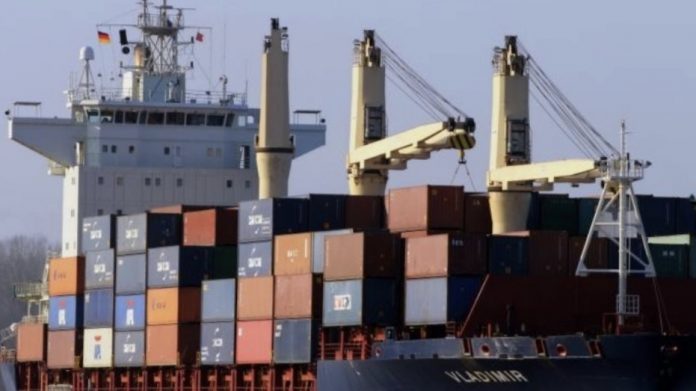 Tuesday 19 April 2022 Auckland. A person has died after falling from a container at the Ports of Auckland. The employee worked for Wallace Investments, the largest private stevedore contracting company at Auckland ports.

While it was too early to know what had happened, General manager Felix van Aalst said the worker died from “a fall from height”.

He said: “It is with deep sadness that we inform you today of the death of one of our staff members”.

“The company and staff are devastated by today’s incident and our immediate thoughts are with family and friends of the deceased,” van Aalst said.

He added the company will be investigating the incident and will fully cooperate with Maritime New Zealand’s investigation.

A St John Ambulance spokesperson told NZ media the ambulance service was notified of the incident near Quay St about 9.20am.

“We responded three ambulances and one manager to the scene.

“We were not required for transportation.”

It is understood the incident happened in the general port area, not the container terminal.

“We responded three ambulances and one manager to the scene.

“We were not required for transportation.”

St John referred all further inquiries to police. Police said they were notified about 9.23am, and WorkSafe had also been notified. A spokesperson for the Fire and Emergency New Zealand said four fire trucks responded.

Craig Harrison, the national secretary of the Maritime Union of NZ, headed to the port this morning but had not been able to speak to anyone as the site was still blocked off while police investigated.

Harrison said the union was disappointed to hear of another death but could not say much more until it knew what had happened.

“It is understood he fell from a height while working on the Singaporean flagged container ship Capitaine Tasman. Details are yet to be confirmed,” Harrison said.