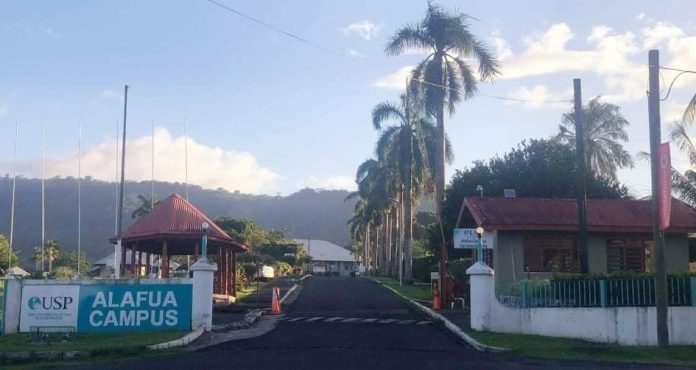 The Samoa Cabinet has moved to change the University of the South Pacific’s locally based campus formerly known as USP Alafua to “USP Samoa Campus”.

According to a press release issued this afternoon, the decision was made at a Cabinet meeting on November 11th 2020.

No other details were given on why this change was made.

The USP campus in Samoa was established in 1977 as the home of the School of Agriculture.
In 1998 the Campus extended it’s operations to include the USP Samoa Centre which since 1976 was situated at the Samoa Ministry of Education in Malifa.

The USP Samoa Campus offers and facilitates a wide selection of programmes at the pre-degree, undergraduate and postgraduate levels.

“It aims to promote as much of the University’s learning, research, innovation and initiatives as possible for the enhancement of students, staff, researchers and the communities in Samoa.”

“It also aims to facilitate the development of local Pacific Island solutions to the global challenges that are now observed in our region.”