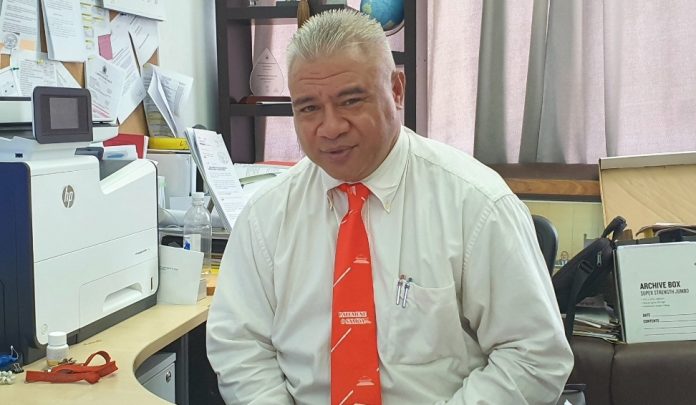 Local media, who had been able to attend Parliamentary Pre-Sittings in the past are no longer permitted, however, the Clerk of the Legislative Assembly confirms that the message is being conveyed to the public through a popular awareness program televised on TV1 Samoa.

As confirmed by Tiatia Graeme Tualaulelei in an interview yesterday afternoon, the Office of the Clerk of Legislative Assemby (OCLA) pays for the ‘E Te Silafia’ program to ensure the public understand the issues and amendments being proposed from time to time.

Tiatia said the purpose of Pre-Sitting sessions is to explain proposed amendments for the understanding of Members of Parliament, and TV1 Samoa are the only media permitted to film proceedings because OCLA is paying for it.

To further confirm that the Office of the Clerk of the Legislative Assembly was paying, Tiatia then produced an invoice of $4,750 tala before vagst, for a 15-minute slot on the E Te Silafia program.

“We pay for this and that is why they are the only ones able to film”.

Samoa Global News had arrived yesterday morning to the Pre-Sitting venue at the Tofilau Eti Alesana Building, and seeing media cameras being set up, also entered the conference room. Taking a back seat, the writer was hoping to listen to presentations by the Electoral Commissioner and Attorney General, on the proposed amendments to the Electoral Act.

A staff member of the OCLA approached the writer and asked that I leave.

“I told him I, too, was there to want to understand the amendments and be able to better report Parliamentary sessions the next day. He left, and that is when the Sergeant of the House came and removed me from the room”.

Discussions during Pre-Sittings of Parliament have become more crucial since Ministers and MPs now refer to the explanations given in Pre-Sittings during Parliamentary debates. Without elaborating, however, members of the public are often left in the dark as to the details of clarifications MPs had been given the day before.

It is now not uncommon to hear Parliamentarians say..

“I thought this is now well understood, since we had all been in attendance yesterday when it was being explained..”

“It was explained yesterday and now you’re asking again today…”

Tiatia politely explained afterwards that the decision to ban media from Pre-Sittings of Parliament had already been conveyed to the President of the Samoa Media Association (JAWS) and it was not without good reason.

Pre-Sittings started in 2016 and the decision to permit or ban local media has changed from time to time. In the past, media were permitted to sit in and listen, with the restriction of being unable to report until the Bills were tabled in Parliament the next day.

During the time of Tiatia’s predecessor, Sefuiva Charlene Malele, media would receive emailed copies of Bills, an invite and an agenda to Pre-Sittings.

Asked why the change in policy, Tiatia said it was because a media organisation had breached the conditions, but he did not say which media it had been.

Tiatia said this issue is not new, and it has been questioned by other journalists before.

Media waited outside the Pre-Sitting session to catch an interview with the Electoral Commissioner who was able to explain the amendments being tabled in Parliament this morning.