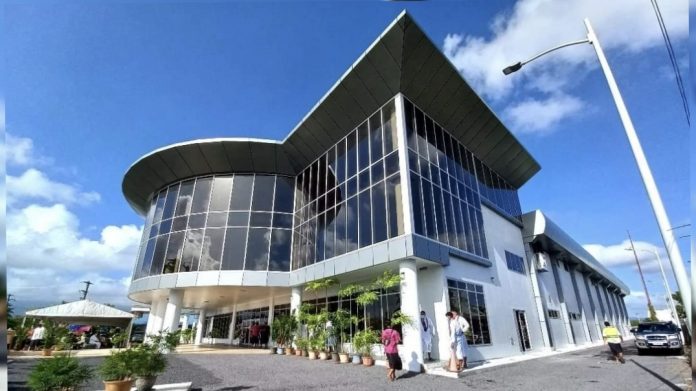 30 April 2022, Apia Samoa.  When the Worship Centre Christian Church Worldwide finally blessed and opened the doors of its state-of-the-art multi-million tala church complex yesterday morning, it was the realisation of a vision placed into the heart of Apostle Viliamu Mafoe in 1990, over 30 years ago.

Mrs Lavina Elaine Mafoe said the project has not been without its challenges, but they persevered because it was the House of the Lord, encouraged by the vision from God, to start up a church that would tell of his miracles – Le Atua fai Vavega. In July 1997, Worship Centre Samoa was formally established. The Church has grown and expanded across the globe, and today, operates as Worship Centre Christian Church Worldwide with branches in over 60 cities of the world.

“When God first placed this vision into the heart of Apostle Viliamu, it was 1990 and he was the Director of Youth for Christ at the time,” testifies Mrs Mafoe. “Over the years, we have worshipped in tents, here at Sogi, out at the sports complex in Tuanaimato, and even at Apia Park..” recalls the faletua Lavina Mafoe.

Today, the $20 million tala project, sitting on prime land in Sogi, is itself a testament of God’s miracles.

The dream began with the $2.2 million tala miracle purchase of the land in Sogi back in the year 2000. Mrs Mafoe recalled and ackowledged the support of Pastor Andy Forsgren in American Samoa, who loaned the church $100,000 tala needed for the purchase deposit with the bank.

During the ceremony, Pastor Misiafe Misty Ioapo presented a summary of the building project. The tender for the foundation was won by Shane Construction for the price of $1,680,000 and a term of 11 weeks to build the foundation. The main body structure was won by Ah Liki Construction with a tender of $14,693,456 to build within 12 months.

The building faced its challenges with international border closures according to an earlier interview with Mr Byron Bartley of Ah Liki Construction, since most of the building materials for the project were imported from overseas.

The spectacular building spans 65 meters in length from the front to the back, and 15 meters in height with a floor area of 2,500 square meters.  There is a stadium-like set up with an ascending seating arrangement in three large sections that are separated by isles, with the audience facing a grand stage.

There is an upper level behind the seating area where there are two rooms; one specifically fitted with a state-of-the-art PA and sound system, and another room fitted for filming and editing. Both rooms are walled with glass to allow technicians and workers an 180 degree view overlooking the stage. The building is completely sound proof.

Behind the stage facing the audience seats, there are three large movie theatre-sized screens. The building has an elevator that leads up its third level fitted with a conference room and office space.

Additional to the building costs, were other components funded separately by the Church such as the $300,000 tala sound system, the $480,000 tala telephone system and LED screens, and the $400,000 tala TV and Video system complete with editing capabilities.

Pastor Misiafe said the whole design of the church building was handed down by Apostle Viliamu. The names of the key people behind the project were read out in appreciation during the ceremony.

Samoa’s Prime Minister Hon Fiame Naomi Mataafa as well as opposition leader Hon Tuilaepa Sailele Malielegaoi were both in attendance, as was Laaulialemalietoa and faletua, Heather Schmidt, who have attended Worship Centre as members over the years. Also in attendance in were heads of other congregations in Samoa, as well as members of the business community.

Apostle Viliamu Mafoe attended the ceremony, and although wheelchair bound, he spoke passionately about the vision, and the hand of God, a miracle-working God, over the Church in its years of development.