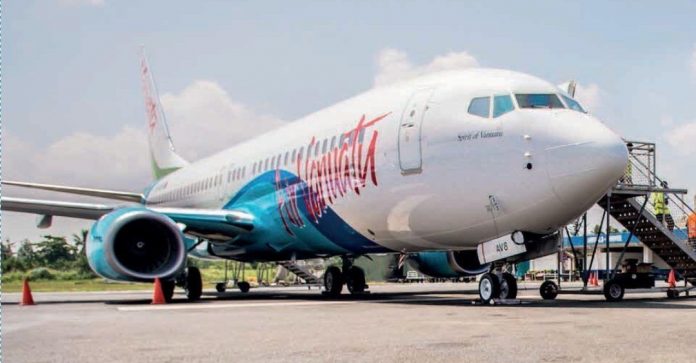 A chartered repatriation flight coordinated by Vanuatu’s Department of Foreign Affairs for scholarship students from Samoa and Fiji, could not depart as scheduled this week because the crew of Air Vanuatu were unable to meet Samoa’s pre-departure requirements.

Samoa was the first country in the world to impose pre-departure protocols requiring a negative Covid19 test, and a doctor’s medical clearance. With absolutely no exceptions, Samoa’s National Emergency Operations Centre and Health Department have imposed these strict pre-departure requirements for the past 12 months, in efforts to protect Samoa from the global pandemic.

Responding to questions from Samoa Global News, Director General of the Ministry of Health Leausa Dr Take Naseri confirmed the students were due to depart on Tuesday and travel to Samoa via Fiji.

He said the flight was being processed for departure when it was discovered the flight crew could not meet the requirements.

“We had no choice but deny entry on the basis the crew could not provide medical clearances and negative covid tests,” said Leausa.

“Air Vanuatu said it was the fault of their Foreign Affairs that their crew hadn’t taken COVID19 tests,” explained Leausa.

“We replied that it is not a matter of whose fault it is, the issue remains that Samoa has a set protocol for good reason, and our priority is to make sure all travellers meet the pre-departure criteria”.

The Director General said he felt for the students, and hopes the chartered flight can be rescheduled and coordinated soon.

The intended chartered flight is the second that has been arranged and coordinated for all Samoa and Fiji scholars studying at the University of the South Pacific’s Emalu campus in Port Vila, Vanuatu.