In Democratic countries around the world, rules may vary concerning the number of scrutineers a political party is allowed to have present at each polling station, however, their role as observers of the election process remains the same.

In Samoa where more than one candidate from a political party is allowed to run in a constituency, the rule has always been that each candidate may have one scrutineer per polling booth on election day. Scrutineers in Samoa may also be present at post election counts and counting of votes from pre-polling.

This week, the Office of the Electoral Commission held training sessions for hundreds of scrutineers at Tuanaimato for Upolu, and another at the Don Bosco Hall in Salelologa, for Savaii.

Speaking to Samoa Global News Electoral Commissioner Faimalomatumua Mathew Lemisio said it is important for scrutineers to understand their role in the process.

“Scrutineers observe the counting of ballot papers, and during polling, can assist polling officers by confirming voters”, said Faimalomatumua.

“And as we’ve done in previous elections, pre-results from all polling booths will be conducted infront of all scrutineers nominated by each candidate.”

As is the case in all other jurisdictions, scrutineers must refrain from trying to make contact with voters. They must not wear or display political slogans, and must refrain from otherwise exerting influence on the conduct of the election while it is taking place.

“Scrutineers are now clear about the importance of their roles during the time of the general election,” said the Electoral Commissioner.

“They were reminded that all they do on the day is to scrutinise and assist polling officers by confirming voters.”

A Guideline for Scrutineers has been published and made available online by the OEC to further ensure roles and responsibilities are clarified for all. 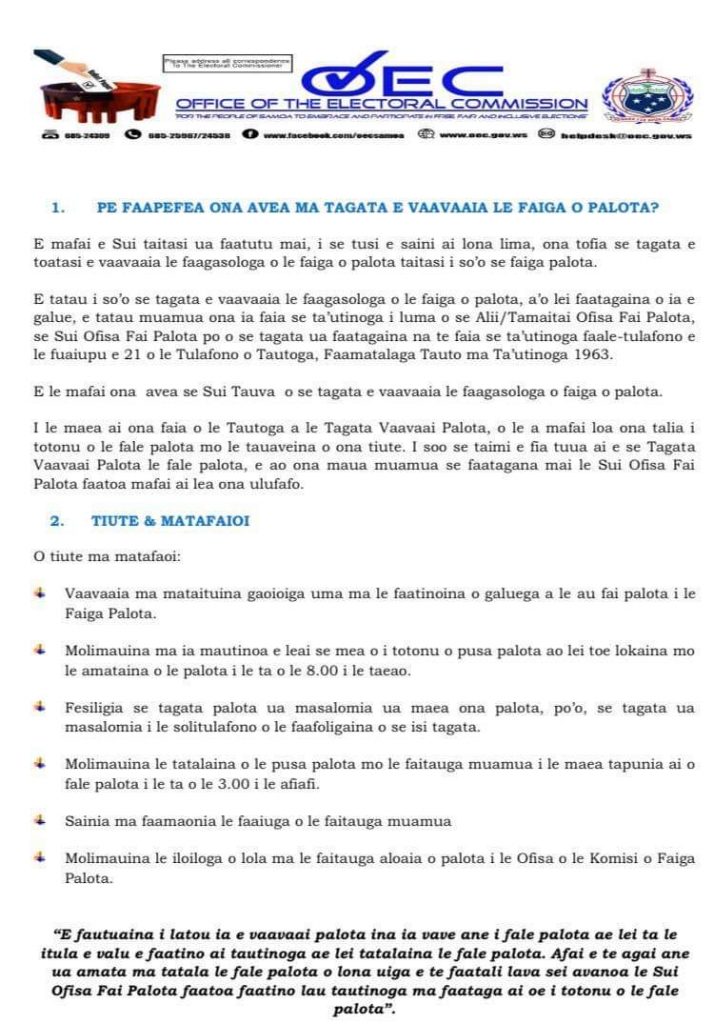 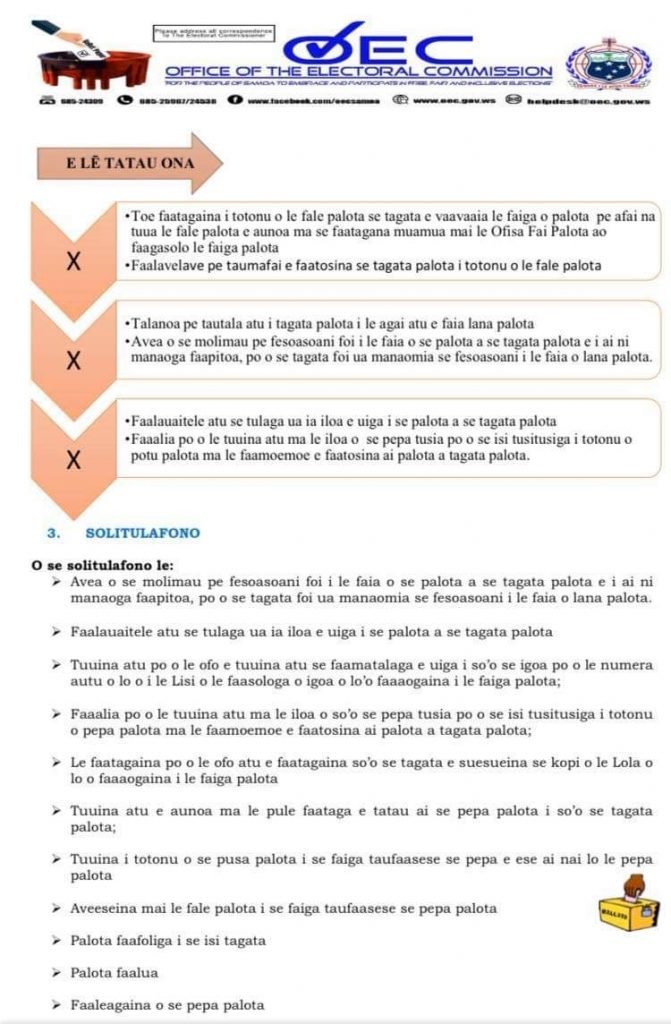 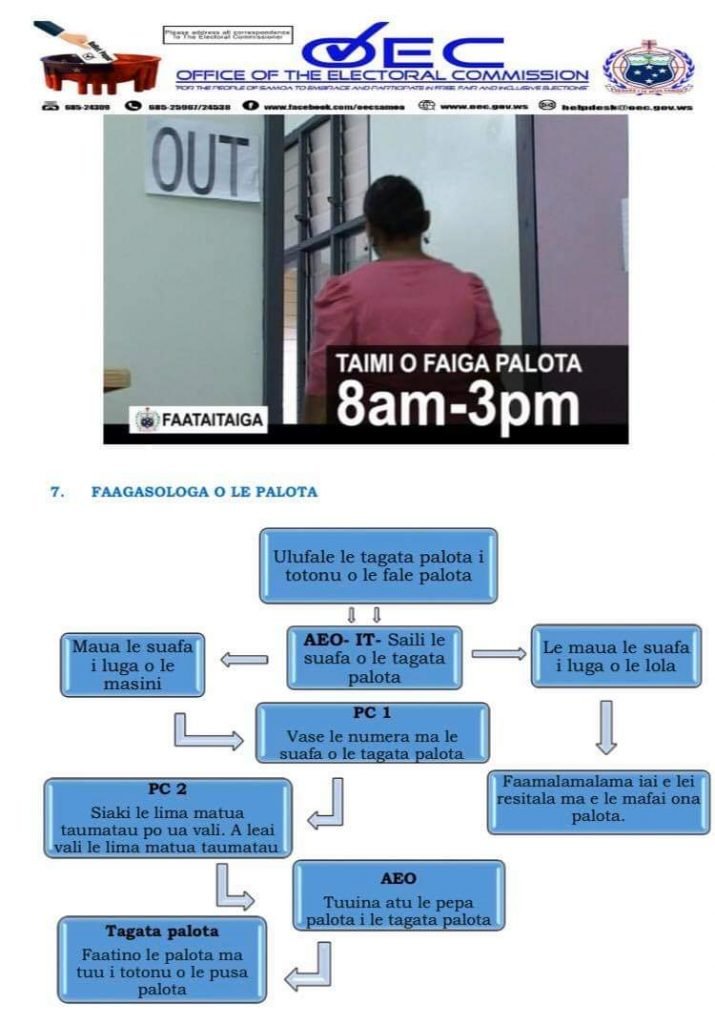 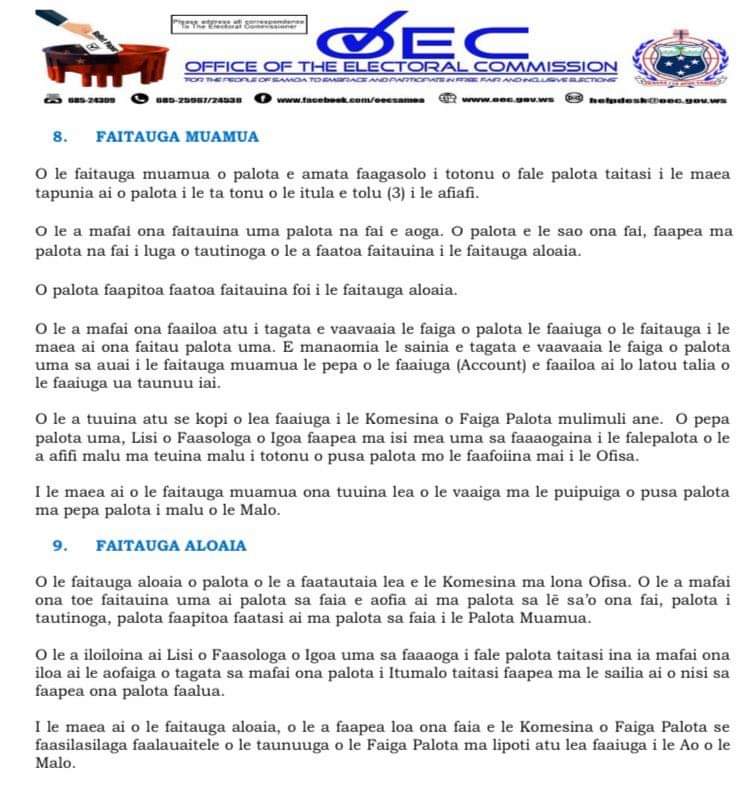