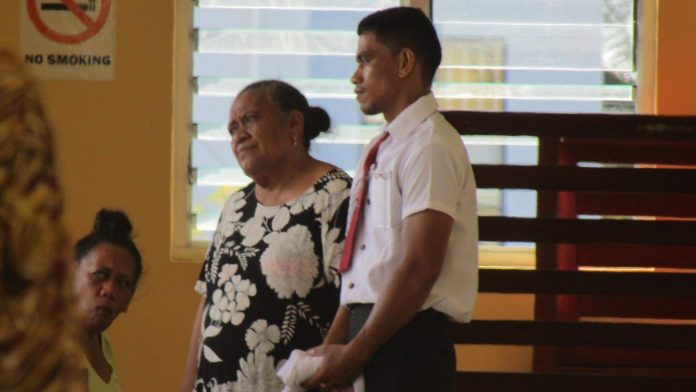 The case of a school teacher charged with raping a Year 12 student was declared a mistrial on its third day of proceedings.

The charge of rape against Paulo Ieremia, 29, will proceed under a new trial.

Acting Chief Justice Mata Keli Tuatagaloa ordered Prosecution to seek a court date for a new trial after a misunderstanding led to defense counsel Unasa Iuni Sapolu being under the impression the trial would not proceed on Friday.

Seven witnesses including the victim had already taken the stand in the assessor trial of the high school teacher when Prosecution requested an adjournment on Thursday afternoon to reconsider the charge of rape.

Defense counsel had come into possession of new evidence being photos she wanted to present to Court and put to the victim. Counsels were called into Justice Tuatagaloa’s Chambers where closed discussions were held.

On Friday, Prosecution was prepared to proceed with the rape charge and for the victim to be recalled, but defense counsel Unasa Iuni Sapolu told the Court she had not contacted her witnesses to attend that day.

“I was not aware that the case would proceed this morning and my witnesses were not called due to that reason,” Unasa said.

Justice Tuatagaloa told the panel of five assessors a trial cannot continue to another day.

Prosecutor Lucymaria Sio-Ofoia is to liaise with the registrar of the Court for another available date to proceed with the rape trial against the defendant.

It is alleged that the Year 12 student, 16 years old at the time, was raped by a male teacher who taught Biology at the Upolu high school. The school’s Vice Principal has also been charged by Police for indecent assault towards the same student.