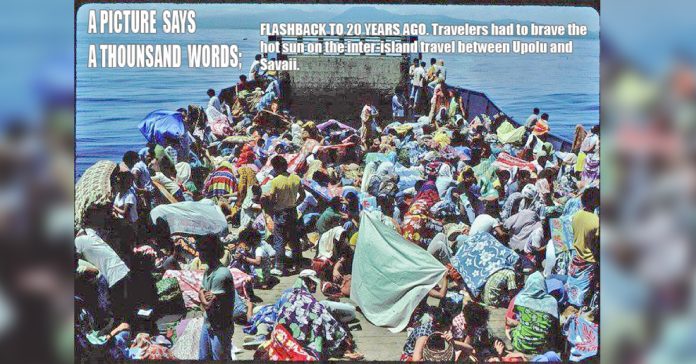 “Unlike the promises by political parties such as FAST, Tautua Samoa, Pule ma Tumua, SIS, SSIG and what knots vowing to arrest the cost of living, increase by 100% pensions for the senior citizens, a free hand out of a million tala of taxpayers hard earned sweat to woo voters and the list goes on and on, HRPP’s manifesto will be based on facts and achievements,” said the Prime Minister.

“The Oppositions Election Manifestos’ spectacle on paper is impressive but in reality it will require divine intervention because as I have explained time and again, money does not grow on trees or fall from the sky.”

He also noted that in the end, it’s not the promises but the delivery that counts.

As the HRPP prepares to unveil its General Elections Manifesto tomorrow at its Petesa headquarters, the Party Leader remains adamant that missing from their party’s Strategy for the next five years and beyond will be “mere words and fiction.”

“Unlike the Opposition bare promises, the HRPP government has demonstrated for all to see in its successive governments the important and major contributions it has delivered to advance the development of Samoa,” said the Prime Minister.

“HRPP has set out its policies and programs in this Manifesto and it will deliver them as it has done in the past, if the HRPP is again returned in the general elections to lead the government.

“Our party has a proven track record that voters may check,” urged the party leader citing the vast improvement to domestic inter-island shipping services today to what is was some 2 decades ago.

“No one wants to look back to the hardships faced by our travelling public domestically between Upolu and Savai’i and inter island to neighboring American Samoa,” reminisced the Prime Minister.

“Today, passengers in all routes serviced by the Samoa Shipping Corporation’s fleet are travelling in comfort as a result of the Government’s labor of love.”

In those days, Tuilaepa recalled that passengers had to endure the hot sun for up to 4 hours to travel to and from Savai’i, but today the travel time between the two islands is an hour and a half at the longest and passengers are enjoying the air conditioned rooms complimented by free internet and live television shows.

And as far as the HRPP leader is concerned, the opposition parties also have “nothing remotely in comparison to help voters decide.”

“A vote therefore for the HRPP is a vote for confident, an experienced leadership with impressive policies and programmes to develop the nation and improve the welfare and prosperity of the nation.

“A vote for the opposition is a vote for uncertainty and promises that would bankrupt the country’s economy.”