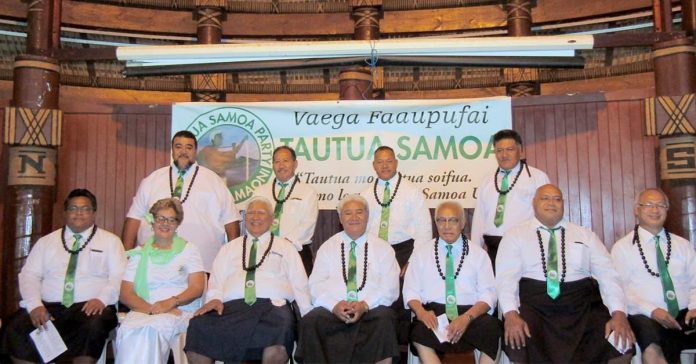 23 September 2020, Apia Samoa.  The Tautua Samoa Party would establish a University in Salelologa, abolish the taxing of church ministers, and increase the elderly pension to $300 tala a month. In an ambitious manifesto, Tautua also promises to increase minimum wage, establish an anti-corruption tribunal and allow overseas citizens to vote at general elections.

“New Beginning: Justice and Prosperity for All” is the Tautua Party’s Manifesto Theme launched at the Lepapaigalagala NUS Fale on Wednesday afternoon.

The public declaration of the party’s policy statement was led by President, Luagalau Afualo Dr Wood Salele who said there were four key pillars to their overall mission.

“Equal Opportunity and Skills for all, Rule of Law and Pursuit of Justice, Equal Distribution of Wealth, and Environmental Sustainability are the four missions set out in the menifesto”.

Dr Wood Salele says the Tautua party looks toward a new dawn, that ensures nobody is left behind.

Education and Health sit under the first pillar of Equal Opportunity and Skills for all, and according to Luagalau, that includes a University for Savaii.

“That’s basically on education and health, those are the things that need to improve and established such as the establishment of a University in Salelologa Savaii to be called Le Tolotolo o Tamauli Campus“.

According to the Tautua Party President, a Samoa Education Fund would be set up for children from 9 years old, up to University level. 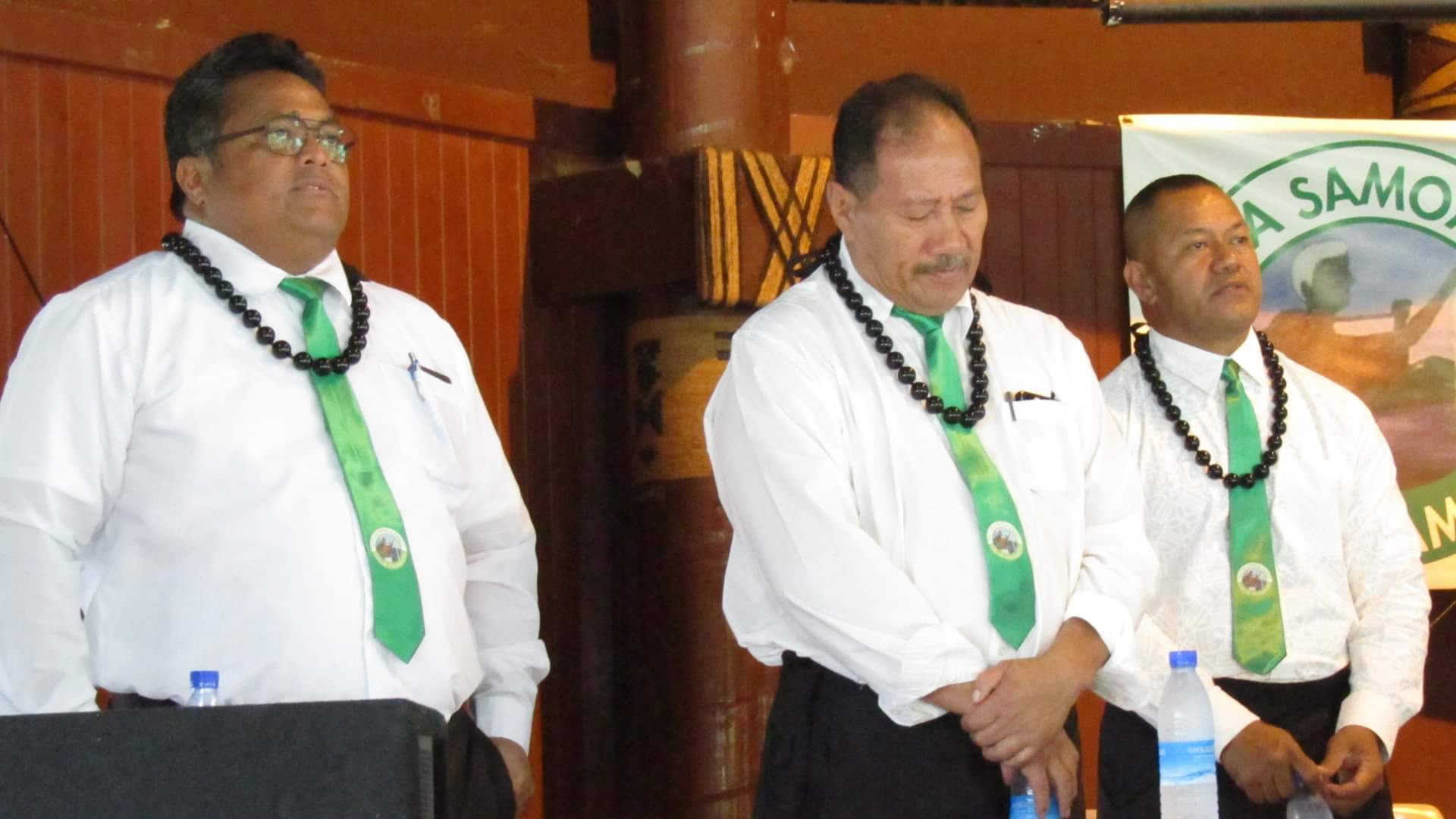 In the area of Health, the Tautua Party say they would launch a Commission of Inquiry into the measles epidemic that claimed the lives of almost 100 people, mostly children.

Luagalau says they would secure the services of a pathologist to live and work here in Samoa, and have more qualified doctors be selected and assigned to district hospitals.

The elderly pension would increase to $300 tala a month, or $150 tala payable every fortnight, and tax for church ministers would be abolished.

The second mission of Rule of Law and Pursuit of Justice incudes an Anti-Corruption Tribunal to investigate corruption in the government ministries and the country. Tautua say they would establish a centre called, Maota o Aiga Tumua ma Pule where every Samoan can go to report corrupt practices.

Under this pillar, Tautua says they would allow citizens who lived overseas to cast their votes at general elections through Samoan Embassies in overseas countries.

They would also limit the time for someone to hold the position of Prime Minister to two terms, and reconsider the selection process for the Head of State.

Under the pillar of Equal Distribution of Wealth, the minimum wage would move from the current rate of $3.00 tala to $4.00 tala per hour.

In terms of business development the Tautua Party say they would establish a Trade Center to be led by a Commissioner of Trade and Marketing.

The fourth pillar of Environmental Sustainability includes the consideration of customary as well as Government-owned lands.

Tautua also promises to maintain the integrity of the Court system, and abolish proposed Laws that would establish the independence of the Lands and Titles Court.

The Tautua Party had invited several guests in the audience, and one man stood to speak and cautioned about national debts.

Another elderly man stood to suggest that the Tautua Party merge together with other opposition parties.