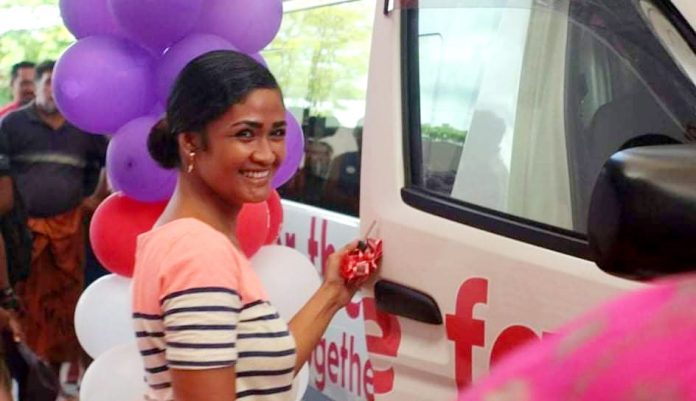 Digicel had called in 15 lucky winners to the prize giving ceremony today, to receive a cash prize of $500 tala as part of the latest Digicel promotion.

One of them would go home with a Toyota Hiace van, but they did not know that, as it was left as a surprise until the end.

After all the recipients received their cash prize and bags of other prizes and merchandise, Digicel’s Chairman Fiaailetoa Pepe Christian Fruean asked the staff where the key to the Hiace Van was. His team responded; “It’s in one of the recipients’ prize bags!

The winners quickly looked through their prize bags of goodies, and Ms Sii Uta had soon enough held up the set of keys. 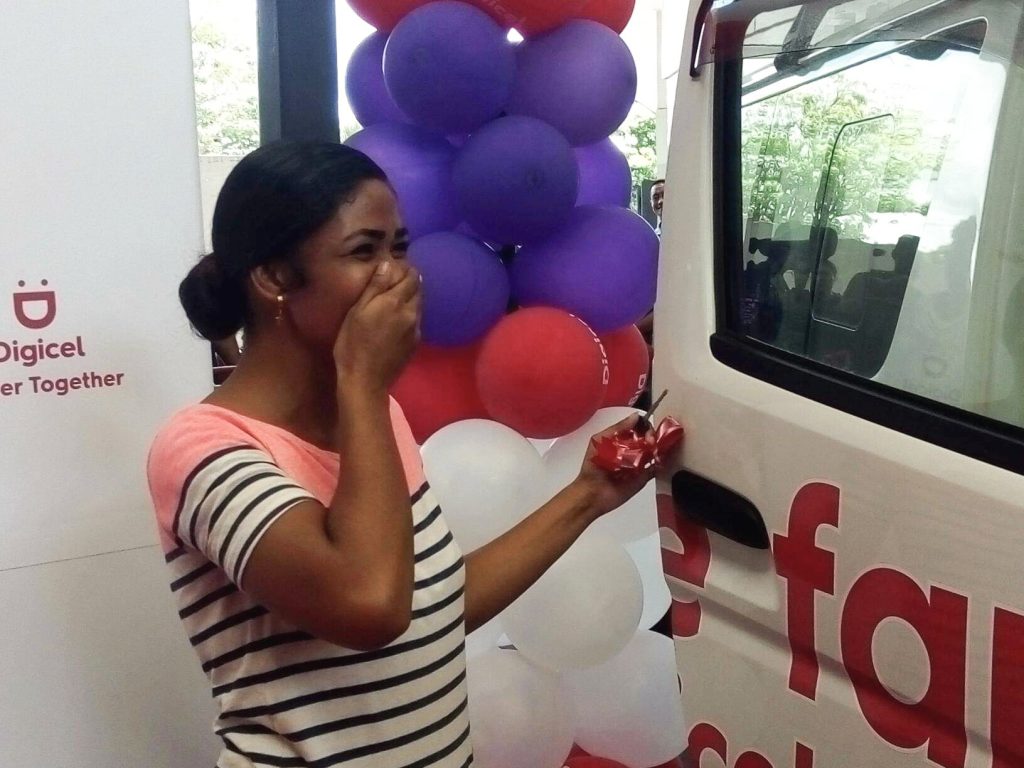 She could not believe it when Fiaailetoa called her to the front, and congratulated her.

“You are the winner of the main prize for this promotion.., a brand new Toyota Hiace Van!

Ms Lila Sii Uta could not hold back tears as she received her prize.

“I want to give thanks and praise to God. I am so overwhelmed and in shock, but I want to thank Digicel;

“Seki a le Digicel.. You are the best!,” she called out over the microphone.

The crowd cheered their agreement with Lila as she spoke of how grateful she and her family are for the blessing of a new van.

Lila’s father and younger sister were both there with her at the prize giving, elated and excited about their new family van.

“This car will be gifted to my parents as an acknowledgment for always supporting me,” said the single Mom. 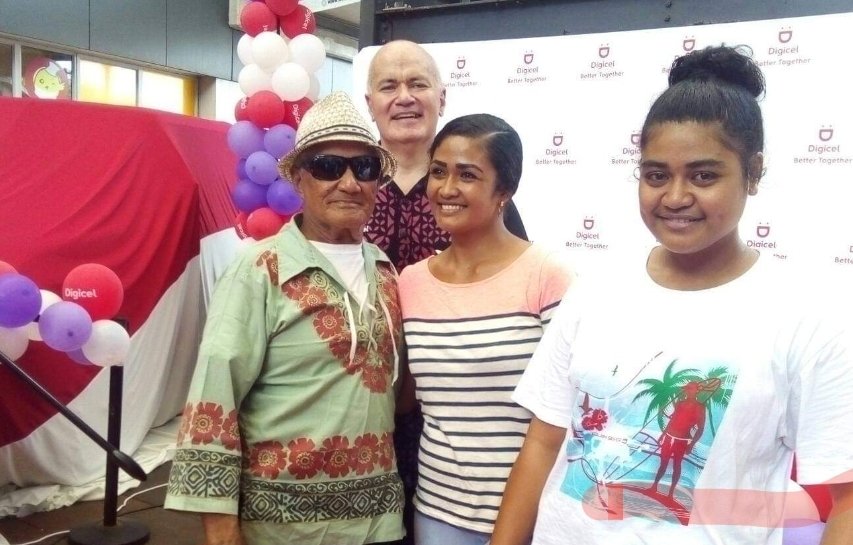 Lila’s children are aged six, four and one, and she says this van will be such a wonderful blessing for not just her and her children, but for her hard working and supportive parents.

Ms Sii Uta said her weekly budget for top-up is $30 tala, from family members overseas. Those top-ups allowed her to be in to win this latest exciting Digicel promotion.

Lila acknowledged her family members overseas saying without them, she wouldn’t be blessed with this prize.

Now an avid supporter of all things Digicel, Ms Sii Uta says she will continue to support Digicel’s promotions “because of all these blessings they are giving back to the community”.

Over the past 8 weeks, 21 customers have been blessed each week; with 20 prize winners; and one grand prize winner every week.

The grand prize draw was held yesterday, Wednesday 20th Jan and witnessed by representatives of the Gambling Control Authority.  Lila’s number was drawn from the pool of entries across prepaid, postpaid, home internet, and tv customers. 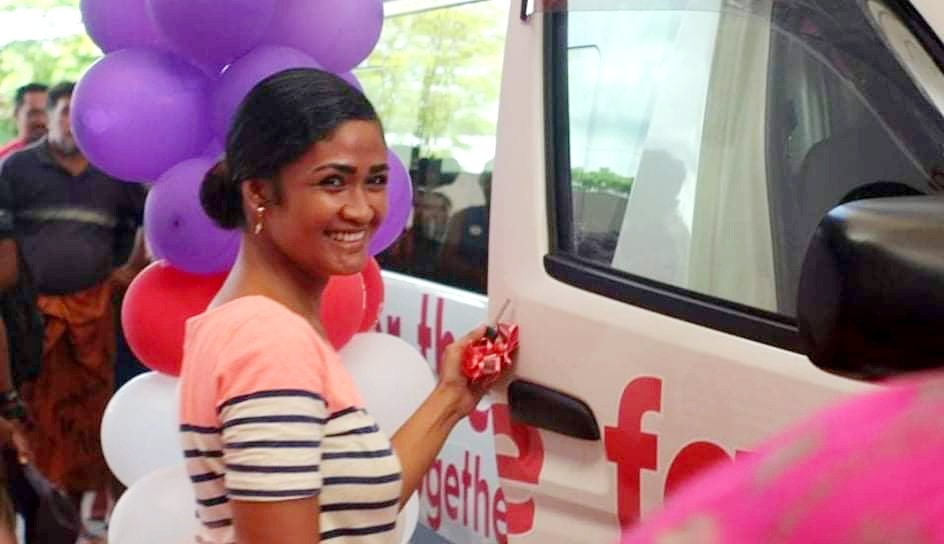