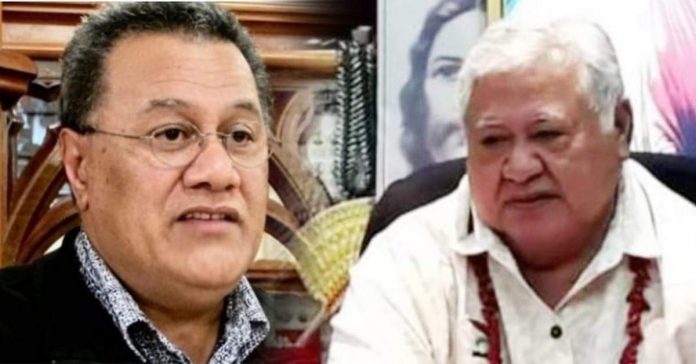 21 January 2020 Apia Samoa.  Prime Minister Tuilaepa Dr Sailele Malielegaoi says there are no limitations given to Chief Justice Satiu Simative Perese in regards to his post while  seeking medical treatment in New Zealand.

“There is no time limit when officials are on leave seeking medical treatment,” said Tuilaepa.

The Samoa Prime Minister said there has been no such notice

Tuilaepa said Samoa’s high level positions including that of Prime Minister, Chief Justice, Head of State, Council of Deputies and Speaker of Parliament are all under similar procedures with respect to how they are treated.

“The only time this would happen is when it appears or it becomes clear that the person can no longer continue their service, or carry out the responsibilities of the post.

Tuilaepa said Samoa is founded on God and the Christian thing to do is to give time, and allow them to return to work after they recover from illness.

The appointment of the Head of Samoa’s Judiciary was announced in March 2020, to replace retired Chief Justice Tiavasue Falefatu Sapolu who ended his term in December 2019.  Chief Justice Satiu Simative Perese took was a Samoan defense counsel working in Auckland. He took up the role in June 2020 and was taken back New Zealand for medical treatment just a few months later in October.