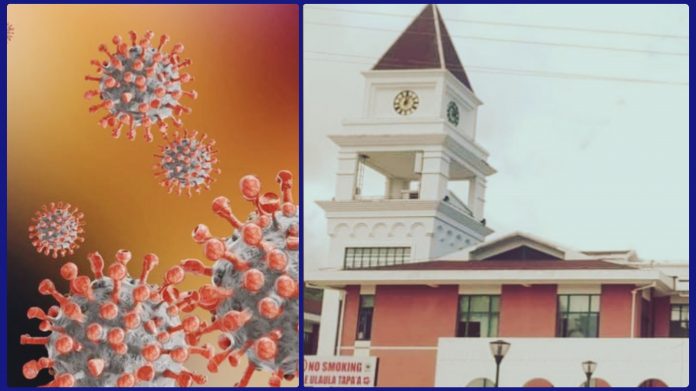 Saturday 16 April 2022, Apia Samoa.  The family of a man whose death was declared covid-related by the Ministry of Health in its update of Saturday 9 April have spoken out to say they want to set the record straight. According to family members of Figao Siaosi Sone Faasavalu, he was not unvaccinated as the MOH had reported, and he did not have pre-existing medical conditions.  The wife of Figao also says her husband was covid-free when he was admitted to Motootua National Hospital in the early hours of Tuesday 29th March, but tested positive five days later on Sunday 3rd April.

Figao’s brother, Malae Faasavalu, took to social media to say local media had misreported his brother’s case. “This is someone dear to us. People are saying bad things because they don’t know the truth. My brother had completed all his vaccinations..”

Figao’s wife spoke out to say she was saddened to read reports in the media that a 56-year-old man who had died from covid-19 last week was “unvaccinated, a known diabetic with amputation in 2019 and bedbound secondary to stroke”.

The Ministry of Health had reported four deaths in that situational report, describing the four deaths as:

(1) Male of 56 years old, unvaccinated known diabetic with amputation in 2019 and bedbound secondary to stroke

(4) Male of 74 years old with 1st dose completed only, no known medical conditions.

Taking her husband to be the 56-year-old described in the situational report, Georgina Figao said she is unhappy about the misinformation about her husband’s medical condition stated there.

She says she doesn’t understand why the status of vaccination is misreported by MOH, and says they could have also been more transparent about letting people know they didn’t even have covid-19 when they were admitted to the hospital.

“My husband was fully vaccinated. He was not diabetic, he didn’t have an amputation, and he didn’t have any known pre-existing medical conditions,” Mrs Figao told SGN. “E leai foi ni ona ma’i tumau”.

Asked if her husband may have been the 59-year-old listed in the report, Mrs Figao said that case is reported as having had one vaccination, while her husband was definitely double vaxxed.

Georgina says the family took offense to online abuse directed toward those who had not been vaccinated. “Because people read this and think the covid-related deaths were not fully vaccinated,” she says, “but we were.”

According to Georgina, she and her husband were admitted to the Tupua Tamasese Meaola National Hospital at Motootua in the early hours of Tuesday 29th March, seeking medical attention for a boil under his armpit. They were admitted through the Emergency Department.

“When my husband and I went into hospital, we were both negative. He had an operation that same day on the 29th of March, and we were told that he would need to have another operation on the 3rd of April. But when Figao was tested that morning before his operation on the 3rd, he was positive for covid,” she said.

According to Georgina, up until that point, she and her husband had repeatedly tested negative for covid-19 when daily routine testing had been carried out.

“Then the doctor told me that it was better for me to take my husband home..

“He said they can no longer operate on him because he has been tested positive for covid, and there was nothing more they could do..

Goergina says she told them, no, she did not want to move her husband because she could see he was in serious condition (o la e tigaina) and she also did not want to infect the children and the rest of the family at home.

“They accepted my request and placed Figao in a special room in the Acute 7 ward, but I was not allowed to enter the room”.

Georgina Figao would spend the next two days from that Sunday 3rd April until Tuesday morning the 5th of April, waiting outside the hospital to be near her husband.

“I waited outside for update reports, and it was very hard for me, but I told them, I can’t go home, I have to be here for him.”

Figao spent one night at the Covid-19 Isolation Ward, and died the next day.

“I was able to see him when we moved to the Isolation Ward.. I’m grateful that I was able to care for my husband on that last day before he died on Wednesday 6th April, in the evening.”

Figao’s sister, an EFKS Faletua, tells SGN it was difficult to see her brother’s details being misrepresented even if a name is not mentiined. She said she supports what her sister-in-law is saying and feels sorry that her brother had to be alone in those two days when his wife was not allowed to see him.

“The reports of his death describing him as a sick person who was unvaccinated upset us all. We want it on record that he had both his doses.. and that he was infected with covid while he was being treated for sepsis at the Motootua hospital.”

Figao’s family – his wife and siblings – argue that the Ministry of Health should have been more transparent with the information, and they should have posted the right facts.

Figao’s sister and EFKS faletua said she confirms her sister-in-law’s testimony that her brother was not diabetic, nor did he have existing medical conditions. “E leai ni mai tumau a si ou tuagane.”

“We could see people commenting about how irresponsible it was for this man to be unvaccinated, but please, my brother had received his two doses, and, he was negative when he went into the hospital for treatment.”

In subsequent reports the Ministry have released no further information about covid-related deaths except their age.

The claims put forward by Figao’s family were sent to the NEOC CEO and the Director General of Health by email on Tuesday 12th April. No response has been received.