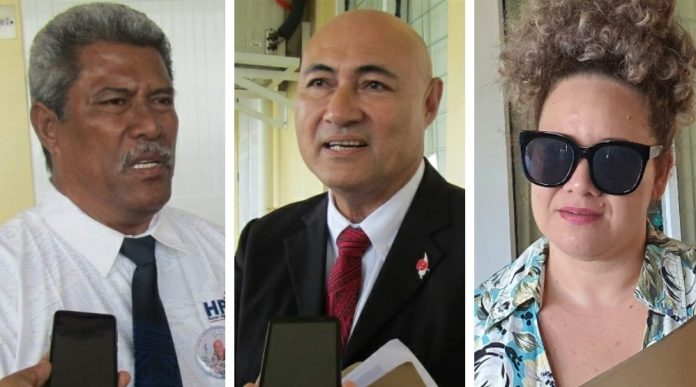 Thursday 22 July 2021 Mulinuu Apia Samoa. Another electoral petition expected to be formally withdrawn this week, looks to be proceeding after failed negotiations between parties.

HRPP candidate Laufou Alofipo Manase filed a petition against Independent-turned-Fast MP, Tuala Tevaga Ponifasio who had polled 307 votes ahead of his petitoner at the April 9th general elections. 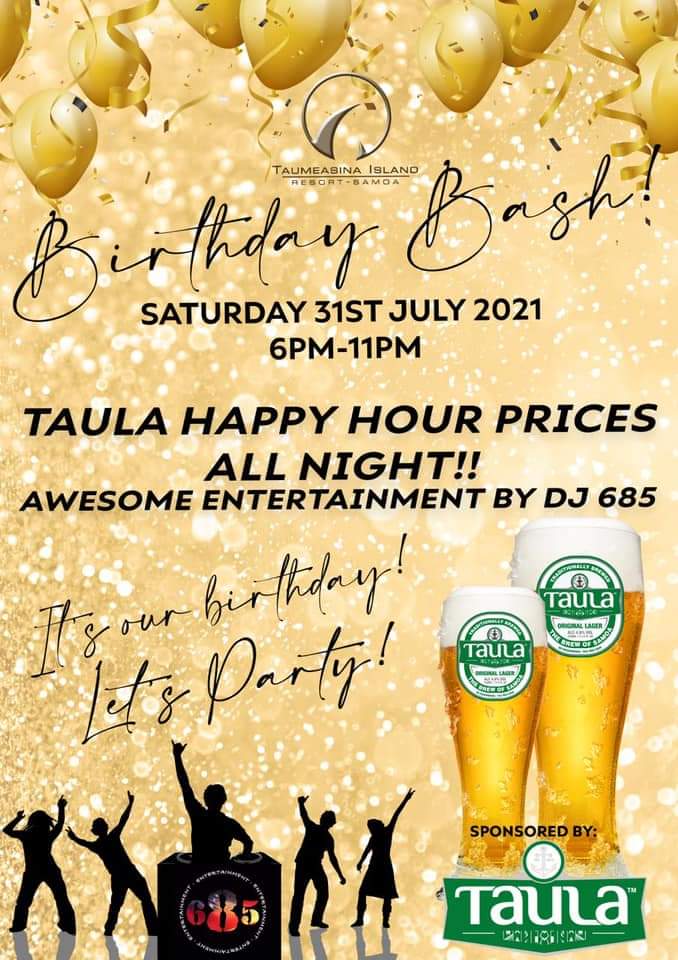 During negotiations between parties and matai of the constituency held inside one of the courtrooms two weeks ago, Tuala Ponifasio pleaded with Laufou to withdraw and allow him to serve the Consituency. However, Laufou had responded that the decision is not easy given the close election results, and Tuala should therefore assist by advising another FAST petitioner to withdraw their case against a winning HRPP candidate. 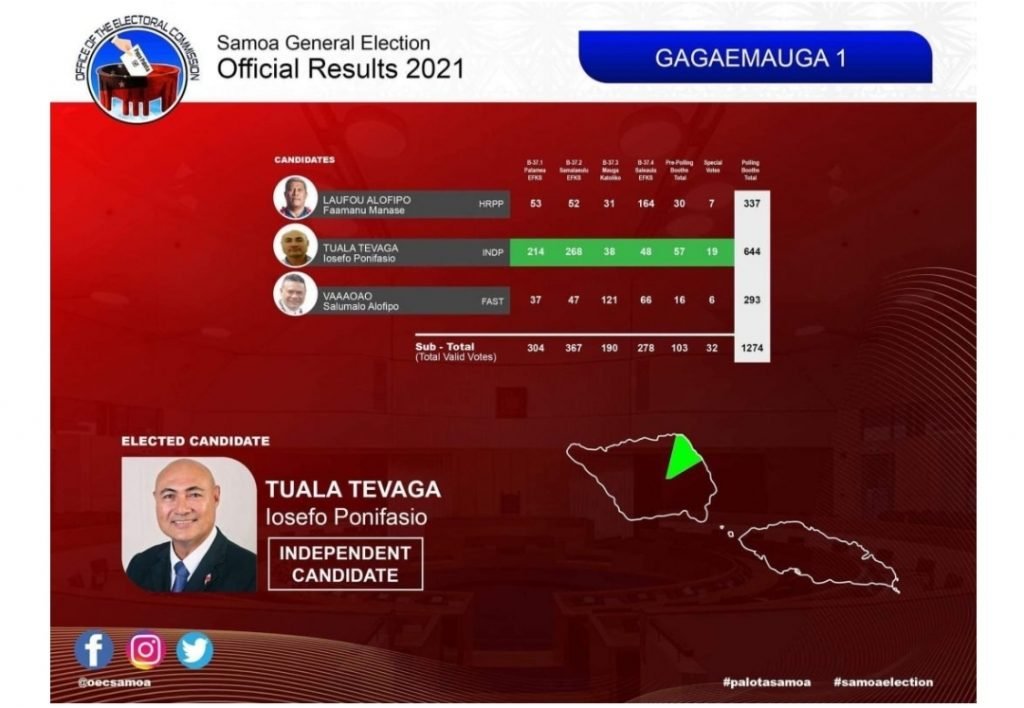 Laufou also questioned why senior FAST members were not present so settlement terms can be discussed. At the time, the only FAST representative who attended Court was party Secretary Vaaaoao Salumalo Alofipo, who was told by Laufou to sit down and not speak about the matter.  Vaaaoao was the third candidate for Gagaemauga 1 who competed against Laufou and Tuala, with a perceived conflict of interest in the matter. 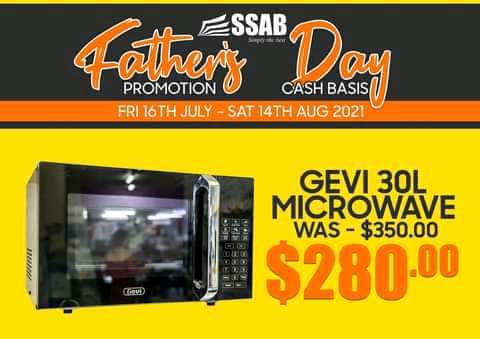 When called again before the Courts this week on Wednesday, Laufou had changed lawyers from Leinafo Taimalelagi to Aeau Leota Tima Leavai, who advised the Court her client no longer agreed to a withdrawal.

In response, Muriel Lui representing Tuala filed a motion for the Court to consider an agreement of withdrawal that the petitioner had allegedly signed on 7 July 2021.

Speaking to Samoa Global News outside Court, Ms Lui says her client was asked by the petitioner to negotiate in order to save another HRPP candidate, Tuisa Tasi Patea, by having Tagaloatele withdraw his petition against Tuisa.

“My client does not accept those illegal and corrupt agreements by way of meddling with other petitions,” Muriel said. 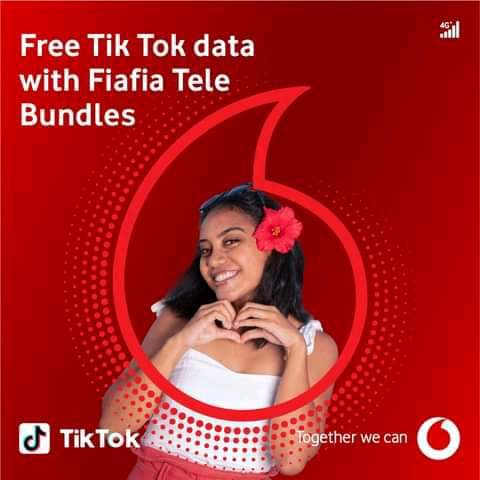 “My application is to be considered by the Court and for the new Counsel for the petitioner, Leota Tima Leavai to respond.”

When contacted, Aeau Leota Tima said her client is in Savaii and she is awaiting his return to for an opportunity to consult and speak with her client, having only recently taken over as Counsel. 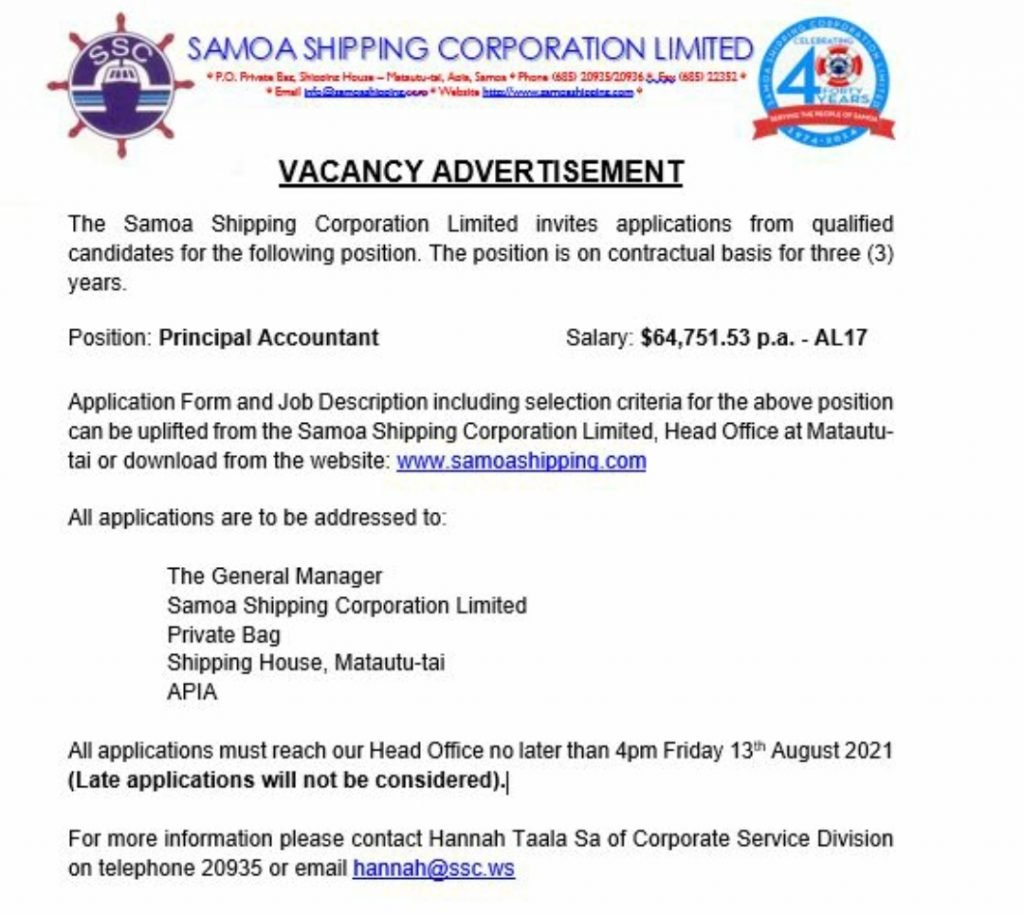