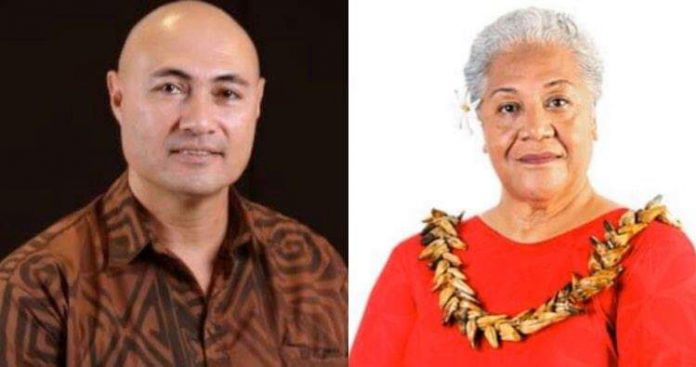 The Head of State issued a Warrant of Election last Friday 16th April 2021 announcing 25 Members of Parliament for HRPP, 25 for FAST and Tuala Tevaga Iosefo Ponifasio of Gagaemauga 1 as the Independent to make up Samoa’s 51 elected members of the XVII Legislative Assembly. The same announcements were posted and shared extensively from the social media pages of the Office of the Electoral Commissioner (OEC).

Hon Fiame made known Tuala’s intention during a live social media coverage of FAST party’s ‘ava’ ceremony held at Maota o Samoa, at around 8am this morning.

As Fiame received her traditional ‘ava, the former Deputy Prime Minister announced, “For of all of you to know, yesterday, we met with Tuala and his wife, together with Laauli at my home, and he told us that he was coming to us”.

Cheers and a round of applause was heard as Fiame put the long awaited decision of the Gagaemauga 2 MP to rest, taking the total number of MPs for FAST to 26.

Tuala’s move was previously thought to be the deciding factor of Samoa’s Parliamentary term following the official announcement of election results, however, just before 9pm last night, an unexpected twist to Samoa’s 2021 General Election Tales arose when the Office of the Electoral Commissioner posted an additional Warrant of Election on their Facebook page.

The warrant, signed by the Head of State, confirmed an additional seat for women under an interpretation of the temporary measure clause, that 10% of seats occupied by women was not satisfied.

The announcement of Aliimalemanu Alofa Tuuau from Savaii’s Alataua i Sisifo seat, takes HRPP to 26 seats – leaving Samoa, once again, in a limbo of uncertainty.

Fiame also confirmed this morning that FAST would be challenging the OEC’s interpretation of the Constitution’s section 44 in Court.