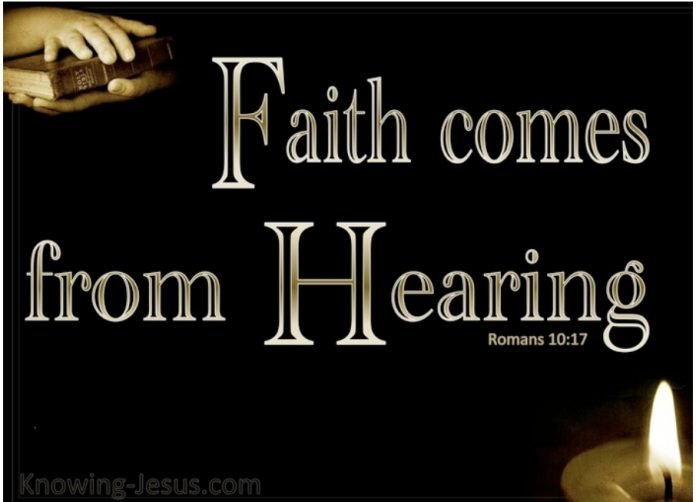 Faith isn’t a blind walk in the dark. People often talk about taking a ‘leap of faith’ as though we have to jump into an empty space of uncertainty when we’re following God.

But faith has a SOLID FOUNDATION for us to walk on. Hebrews 11:1 says “NOW FAITH IS THE SUBSTANCE OF THINGS HOPED FOR, THE EVIDENCE OF THINGS NOT SEEN.”

The Greek word translated ‘substance’ means ‘that which has a foundation; that which is firm; a setting under.”

True faith in God has a firm foundation. When you walk by faith, it’s not on shaky or unstable ground. Faith has a firm setting under every step you take and its foundation is THE WORD OF GOD.

When you feed your faith with the written Word of God, you won’t have to ‘try’ faith – you’ll have it. You won’t have to step out into the unknown; you’ll be able to walk in the light of the revealed will of God.

With God’s Word, you can remove any trace of doubt and uncertainty in your heart.

With the faith that comes from hearing His Word, you can be certain that God will fulfill His promises.

In Jeremiah 1:12 the Lord said, “I AM WATCHING OVER MY WORD TO PERFORM IT.”

If you want to have mountain-moving faith, you have to fully immerse yourself in God’s Word. The Lord told Joshua to “MEDITATE ON IT DAY AND NIGHT.”

It’s about intentionally reading and meditating on God’s promises in order to get your heart established in faith.

Faith in God doesn’t come by accident. It isn’t risky or irresponsible either. You can purposefully meditate on God’s promises until you reach a point where you won’t let go of His promises until they are fulfilled.

BE SELECTIVE ABOUT WHAT YOU READ, WATCH OR LISTEN TO

Because “FAITH COMES BY HEARING,” it is absolutely vital what and who, you listen to. 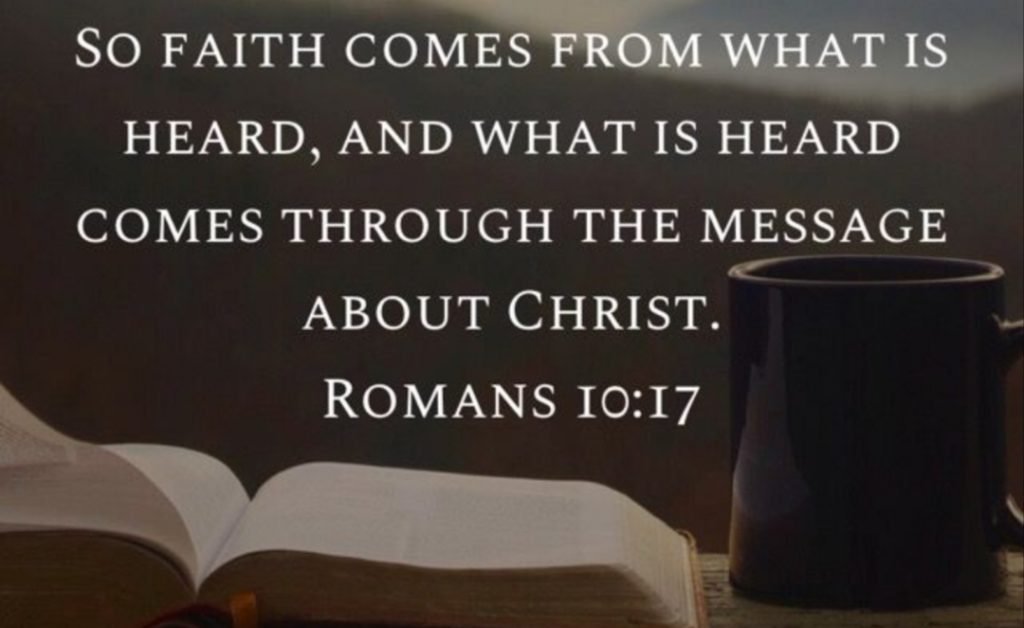 There are many who minimise the significance of what they listen to. They think that they can listen to whatever they want to, without any consequences.

After spying out the land that God promised the children of Israel, in Numbers 13:32 we find that ten out the twelve spies who returned, came back with “AN EVIL REPORT OF THE LAND.”

The Bible calls their doubt-filled report, an EVIL REPORT. After hearing their EVIL REPORT, Numbers 14:1 says that “THE WHOLE COMMUNITY BEGAN WEEPING ALOUD, AND THEY CRIED ALL NIGHT.”

They cried all night over land that the Lord already promised would be theirs. Instead of believing the two spies who had faith in God, they listened to the ten who were filled with doubt and fear.

Who you turn to in your time of need will either feed your faith or feed your fears. What you read, watch or listen to, really matters, so BE SELECTIVE. Choose people and things that will strengthen your faith in the Lord.

With God’s Word, you can remove any trace of doubt and uncertainty in your heart today.