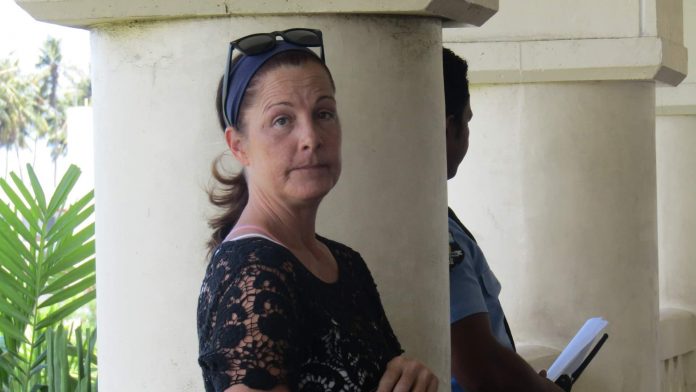 A woman who arrived on an Air New Zealand flight from Auckland on the 11th of April 2019 this year and was caught with drugs has submitted a late application through her lawyer for a discharge without conviction.

Stephanie Westberg had entered an early guilty plea after marijuana was detected in her possession at Faleolo International Airport last April by “Inspector Flynn” of the K9 Unit and his handler partner, Customs Officer Hugo Tauauvea.

The Court waited for Justice Leiataualesa Daryl Clarke’s sentencing however Ms Westberg’s lawyer arrived to Court late, and submitted an application for a discharge without conviction.

Justice Leiataualesa Daryl Clarke expressed disappointment with the late application and adjourned the sentencing to the 21st of November to allow the Court to consider the defense counsel Trina Atoa’s submissions.

Ms Westberg is out on bail to await her sentence.

The Samoan Influence on NRL’s No1 Ranked Team

Press Release - October 21, 2020
NOTICE PARTIAL ROAD CLOSURE AT VAEA STREET IN FRONT OF THE BODY SHOP FOR DRAINAGE UPGRADE WORKS The Authority wishes to remind the travelling public of...

S.S.A.B. celebrates 10 years in the making

Tropical Cyclone Tino to pass through Fiji and Tonga