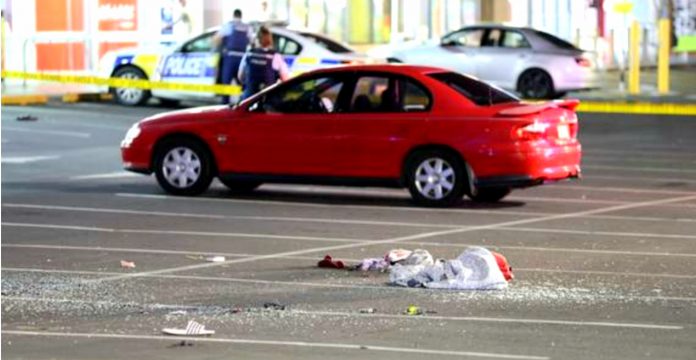 NZ Herald
A person has been moderately injured in what police describe as “a disorder incident” in Auckland’s Clendon Park.

Just before 11pm, police confirmed in a statement that they responded to several reports of disorder in the Clendon Park shopping area about 9.30pm.

On arrival, they “located a number of victims with varying injuries” who were transported to hospital for treatment.

“Police remain at the scene and continue to investigate the circumstances of the incidents.”

It is understood one male suffered moderate injures.

South Auckland residents say they heard multiple sirens and a helicopter in the area.

One resident said they possibly heard gunshots at the Clendon Shopping Centre carpark.

A witness at The Warehouse carpark in Clendon Park said more than a dozen police officers were at the scene about 10.30pm.

The man said he saw lots of broken glass, shoes, clothing and car parts spread across the ground. Police were speaking to people in the area and a nearby petrol station was full of cars and people.

A woman at the supermarket said she was packing her car when she heard a “loud bang” – followed by another – about 9.15pm.

She thought thought it was fireworks until she saw people running.

“I quickly jumped in my car and another a few shots happened again,” she said.

Scared to go anywhere, the woman said she hid in her car.

“I just heard people screaming and cars zooming off.”