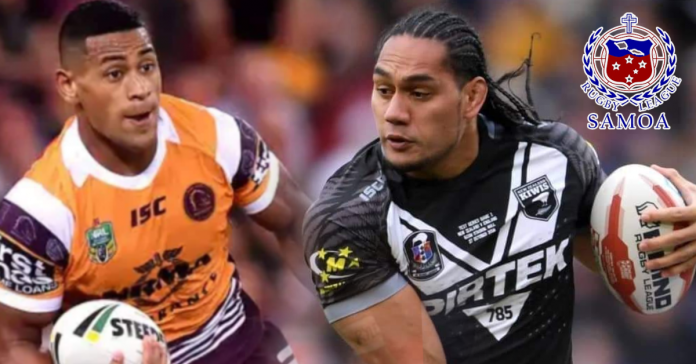 The squad contains two players from the Kiwis 2018 end-of-year tour to England who have switched allegiances, making the bold decision to play for Samoa over the Kiwis.

The National Rugby Leagues (NRL) “strongest man” Martin “Kapow” Taupau announced last Friday on social media that he would be switching his allegiances to Samoa.

“After hours of soul searching and plenty of discussion with my fiancé and family, I had to make a tough call to the NZ Kiwis coach Michael Maguire this morning to inform him that I have made the decision to make myself unavailable for selection for the NZ Kiwis, and elected to make myself available for the Toa Samoa team once again,” Taupau’s message read.

“Those who know or follow me know that family, culture and heritage is everything to me” said Taupau in his announcement on Instagram.

Taupau made his International debut for Toa Samoa in 2013 before being selected for the Kiwis the following year. He has played 24 test matches for New Zealand since.

23-year-old Jamayne Isaako will debut for Toa Samoa after making his Kiwis debut towards the end of 2018.

The decision to represent Samoa was made despite both players being named in Michael McGuire’s extended Kiwis Squad set to face off against Mate Ma’a Tonga this Saturday.

Since Matt Parish named his 18-man squad, Faamanu Brown has been ruled out due to injury.

“Disappointing and gutted to not be a part of the mid-year camp this year die to injury, but I can’t wait to watch and support the brothers,” posted Brown.

Fa’amanu is currently playing his footy with the Canterbury Bankstown Bulldogs.

A replacement for Brown has yet to be announced.