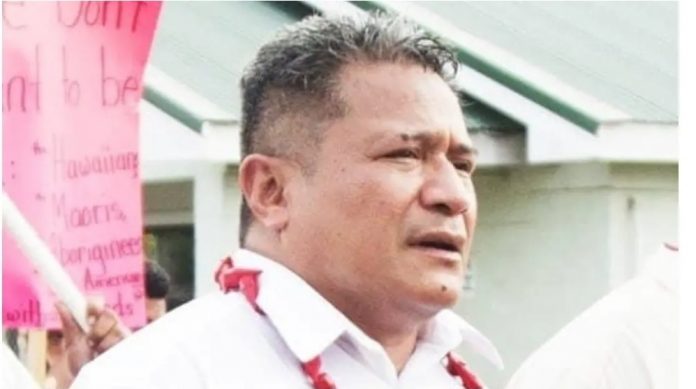 28 January 2020, Mulinuu Apia. Convicted of one charge of obtaining by deception, former barrister and solicitor of Samoa Pa’u Tafaogaolupe Mulitalo was fined $2,000 tala by the Supreme Court of Samoa today.

Police first brought charges against the senior lawyer when a building contractor who had worked on Pau’s home in 2015 lodged a complaint saying his tools and equipment were being unlawfully held by Pa’u as a result of a dispute between them.

Pa’u had falsely claimed he was in possession of a Court Order permitting  his actions.

The charge against Pa’u was initially dismissed in a prior trial, but the Court of Appeal overturned the decision and set it aside for the Court to re-hear the matter.
The former senior lawyer was then found guilty of obtaining by deception in a decision delivered by Justice Fepuleai Ameperosa Roma in July 2020.

In delivering his decision today Justice Fepuleai Ameperosa Roma told Pa’u that his application for a discharge without conviction was denied because of the seriousness of the offense.

“The aggravating factor of your offending, is that Police have relied on the false representation of a Court Order you had provided,..” Justice Fepuleai said.

The 58 year old lawyer is currently teaching at Maluafou College, which Justice Fepuleai says will have no impact on the offending he has committed.

Justice Fepuleai added that Pau’s future to continue practising as a lawyer in Samoa, was now with the Samoa Law Society.

“This was a continuous offending which went on for the period of five months while you knew you has used a false Court Order for your representation.. for not only Police but the complainant as well,” said Justice Fepuleai.

The prosecution argued for a fine of $3,000 but Justice Fepuleai handed Pa’u a fine of $1,500 with an additional $500 for prosecution costs, payable within 24 hours.