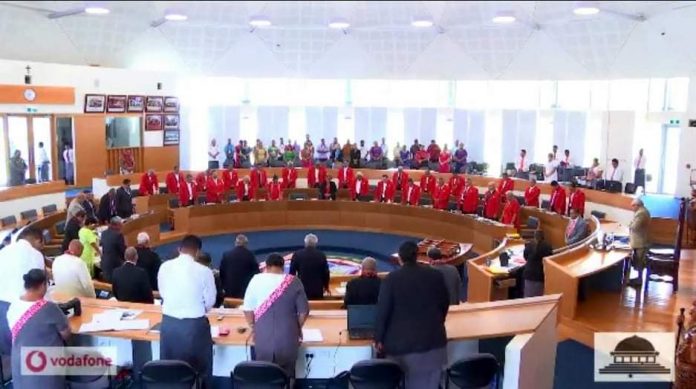 Parliament’s first sitting of the year began with a moment of silence to honour two former MPs who have recently passed.

The official announcement was made by the Speaker of the House Papalii Lio Taeu Masipau after the opening prayer.

Hon Tapulesatele Mauteni Metuli II Esera was a Member of Parliament from 2016 – 2021, representing the Savaii constituency of Vaisigano 2. In that time he served as a member of the Parliamentary Committee for Development.

Hon Papu Vaai first entered Parliament as a Human Rights Protection Party representative of Falealupo in 1991. He returned in 1996 and from 1996 to 1998 he served as Minister of Justice before switching in a Tuilaepa-led Cabinet reshuffle in 1998 to Minister of Agriculture. He lost his seat in 2001 but the veteran MP returned to Parliament in 2006 as an Independent. This time as a Member of Parliament for his father’s old seat, Vaisigano 1. Vaai Kolone was a co-founder of HRPP.  In 2008 Papu Vaai joined other Independent MPs to form the Tautua Party.

“On behalf of Samoa’s Parliament I wish to convey our sincere sympathies to members of their respective constituencies, their wives and children, friends and families..,” said Papalii in Parliament.

Truck Loses Control and Veers Off Road at Vailima