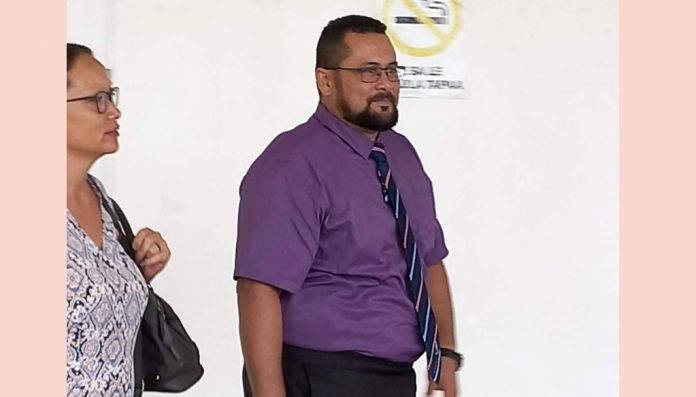 Police sergeant and former prosecutor Khamtahn Stanley who was suspended in November 2019 and charged with manslaughter in relation to the death of a 20 year old, then exonerated and granted a discharge without conviction, has returned to work as an Officer with the Samoa Police Service.

A Private Prosecutor was paid to take up the case because of Stanley’s close proximity with the Office of the Attorney General, having worked as a police prosecutor with the AG’s office for over 10 years.  Leinafo Taimalelagi Strickland took over the case from Taulapapa Brenda Heather-Latu. In April 2021, she appeared during an application by the defendants for a judge-only case in the Supreme Court of Samoa. However, when the matter was re-called in November 2021, the Prosecutor had downgraded the charges from manslaughter to common assault, and the matter was taken from the Supreme Court to the District Court. Stanley and Ulugia were fined $500 tala each after pleading out to common assault.

Twenty-year-old Don Bosco student, Faileaso Penetito Toma, was unrecognisable when his parents visited him at the Intensive Care Unit of Motootua National Hospital in November 2019. They tell of the horrific wounds to their son’s face, head and body. They describe his cheeks as loosely hanging onto his face, his ribs crushed, and his body covered in open cuts and bruises. He died at the hospital on the same day he was beaten and admitted by the Samoa police.

Asiloto Toma expressed his deep disappointment, demanding answers when the men charged walked free. According to the deceased boy’s family, a worker from the Car Sales business operating on Stanley’s property witnessed the beating, by both Stanley and Ulugia. Mr Toma says an autopsy was performed on his son, and is questioning the results of the coroner’s report. He told Samoa Global News he was told the autopsy report had “gone missing”.

Acting Police Commissioner, Auapaau Logoitino Filipo told Samoa Global News Khamtahn Stanley had returned to work. “He is  is no longer working as a police prosecutor – he is in General Policing”.

The Acting Police Commissioner stood by his previous statement, that investigations led to the charges of manslaughter being filed against Stanley and Ulugia.  “Then it is out of our hands, as it is taken up by the AG’s office and Prosecutors from there”.