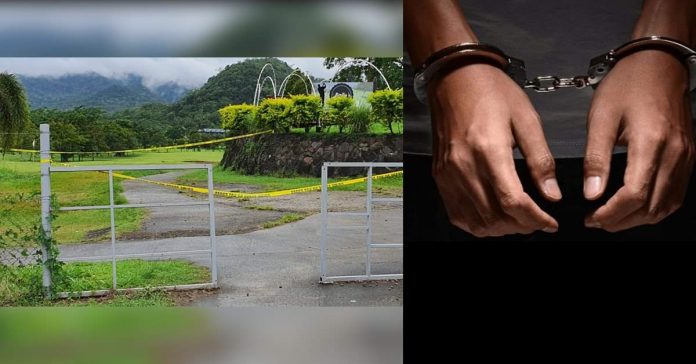 14 December 2020, Faleata, Samoa. The Samoa Police have arrested and charged a 24 year old male from Vaiusu with murder in relation to the homicide investigation at Faleata Golf Course.

Police Commissioner Su’a Fuiavailiili Egon Keil has confirmed that the deceased is a 30 year old male of Aele Fou and Faleula.

“Out of respect for the families involved we are withholding the name of the victim at this time; the arrestee’s name will be disclosed at a later date”, said Su’a.

Police and FESA were called to the scene at around 10pm Saturday night when the body of a man was discovered dead in the garden area outside Birdies Bar at Faleata Golf course.

The arrest was made less than 24 hours later, on Sunday afternoon.

With the festive season upon us, the Samoa Police Commissioner has issued a public reminder.

“The public should be informed of the dangers of heavy drinking, particularly during this time of year,” said Su’a.

“We should all be mindful and watchful over each others welfare and safety”.

Su’a says Samoa Police will be increasing roadblocks and traffic enforcement as we approach the year’s end.