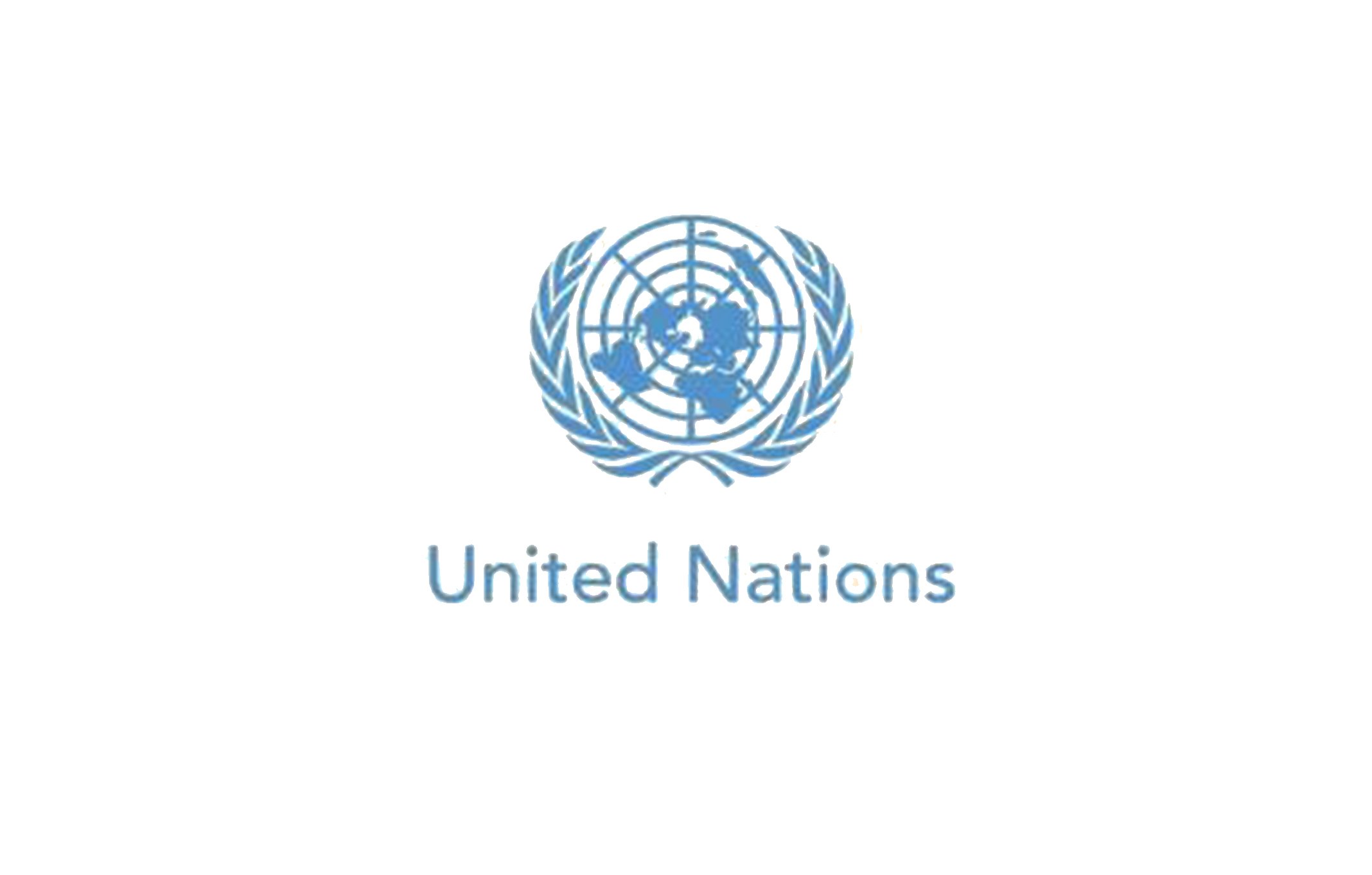 A major international organisation has chosen Samoa as the venue for this year’s global celebration of International Volunteer Day (IVD) planned for 5 December 2018.

The United Nations Volunteers Programme’s (UNV) Executive Coordinator, Mr Olivier Adam, who is based in Bonn, Germany, will be in Samoa that day to launch the Programme’s annual State of the World’s Volunteerism Report 2018, “The thread that binds”, as well as to participate in a tree-planting ceremony at Mt Vaea. He will be hosted jointly by the Government of Samoa and the United Nations Multi-Country Office for Samoa, the Cook Islands, Niue, and Tokelau. Mr Adam will be accompanied by UNV’s Bangkok-based Regional Manager for Asia and the Pacific, Ms Shalina Miah. Mr Adam and Ms Miah will be in Samoa from Monday 3 to Thursday 6 December.

“I am delighted that UNV has chosen to honour Samoa by choosing to centre its observation of IVD here this year. UNV is active in 131 countries. It has deployed over 6,500 volunteers to some of the most challenging environments in the world. Last year an additional 17,893 UN Online Volunteers gave their time to provide virtual support for sustainable development. Volunteerism is a powerful means of engaging people in tackling development challenges, and it can transform the pace and nature of development. Volunteerism benefits both the society at large and the individual volunteer by strengthening trust, solidarity and reciprocity among citizens.

UN volunteers have been working in the Pacific since 1973, and in 2018 Samoa has hosted twelve International UN volunteers and one National UN volunteer in projects working on climate change, gender equality, ecosystem-based adaptation, youth employment, disaster risk reduction, women in leadership, e-governance and cyber security”.

International Volunteer Day (IVD), mandated by the UN General Assembly in 1984, is celebrated globally every year on the 5th of December, and is a unique chance for volunteers and organisations to celebrate their efforts, to share their values, and to promote the achievements of their work among their communities, non-government organisations and United Nations agencies.

UNV coordinates a campaign to promote IVD every year. For 2018, the focus is not only on celebrating volunteerism in all its forms, but also to highlight the role that volunteers play in building resilient communities. Volunteerism occurs every day to strengthen local ownership and the resilience of the community in the face of natural disasters, economic stresses and political shocks. IVD is not only about those who volunteer formally: equally important are those who volunteer in their local communities. In Samoa, IVD will highlight those who work tirelessly to make communities stronger and more prosperous by volunteering in their community organisations and churches.

To celebrate IVD, Mr Adam and Ms Miah will launch the Programme’s annual State of the World’s Volunteerism Report 2018, “The thread that binds”, at the Faleata Golf Course Fale on the morning of 5 December. That afternoon, the UN volunteers in Samoa have partnered with the Ministry of Natural Resources and Environment (MNRE) and the Samoa Conservation Society (SCS) to calculate the total amount of carbon emitted from their international flights to volunteer in Samoa. There will be a tree planting event at Mt Vaea to plant the 249 native trees required to sequester the greenhouse gases produced by their travel. Throughout their lifetimes, the 249 trees will absorb more than 56 tonnes of CO2, making a major contribution to Samoa’s efforts to combat climate change.

UNV has a strong operational linkage with the United Nations Development Programme (UNDP), which provides it with administrative, financial, and legal support in the 131 countries in which it operates. UNDP Resident Representative ai Mr Charles Chauvel observes of the tree-planting event:

“Planting native trees complements the IVD theme “Volunteers build resilient communities” as native forests are more resilient to extreme weather events and provide vital ecosystems services which are crucial to Pacific livelihoods. With extreme weather events likely to increase in the future, more native trees as part of the ecological infrastructure will increase the resilience of Samoa, complementing the over $100m worth of environmental programming currently being implemented in Samoa via UNDP”.

The programme for Mr Adam and Ms Miah is attached (below). For further information, contact: 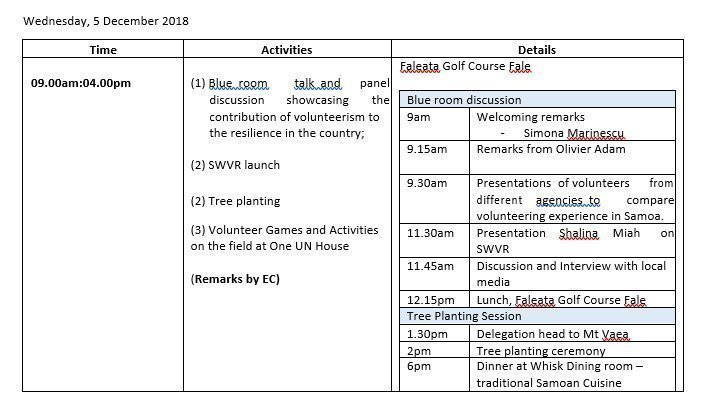