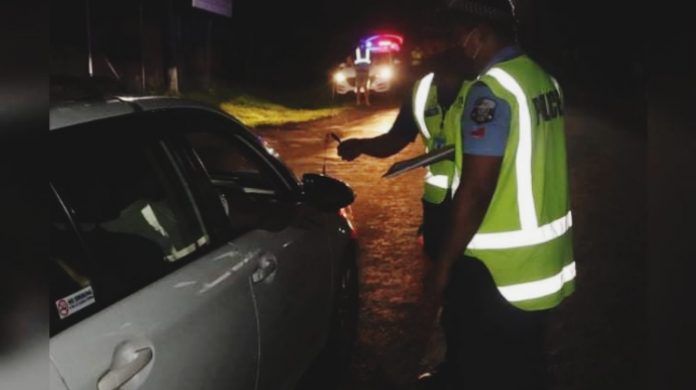 Samoa Police have fined the driver and passengers of a car that was stopped at a roadblock during lockdown.

Deputy Police Commissioner Auapaau Logoitino Filipo said the vehicle had been stopped by Police because it was not displaying a NEOC official pass.

“When Police stopped this vehicle, they could see bottles of alcohol inside,” said Auapaau.

The sale of alcohol is currently prohibited under Order #72 governing the code red lockdown.

The Deputy Police Commissioner says this led the police to investigate where alcohol had been purschased from.

“We have fined the young men travelling in the unauthorized vehicle, and we have also fined the shop owners for the various breaches of SOE orders.

There are close to 900 Police Officers currently patrolling Samoa during the national lockdown. Samoa has had two days of complete lockdown since Tuesday, while the next shopping times are Saturday 26th March between 8am and 2pm.