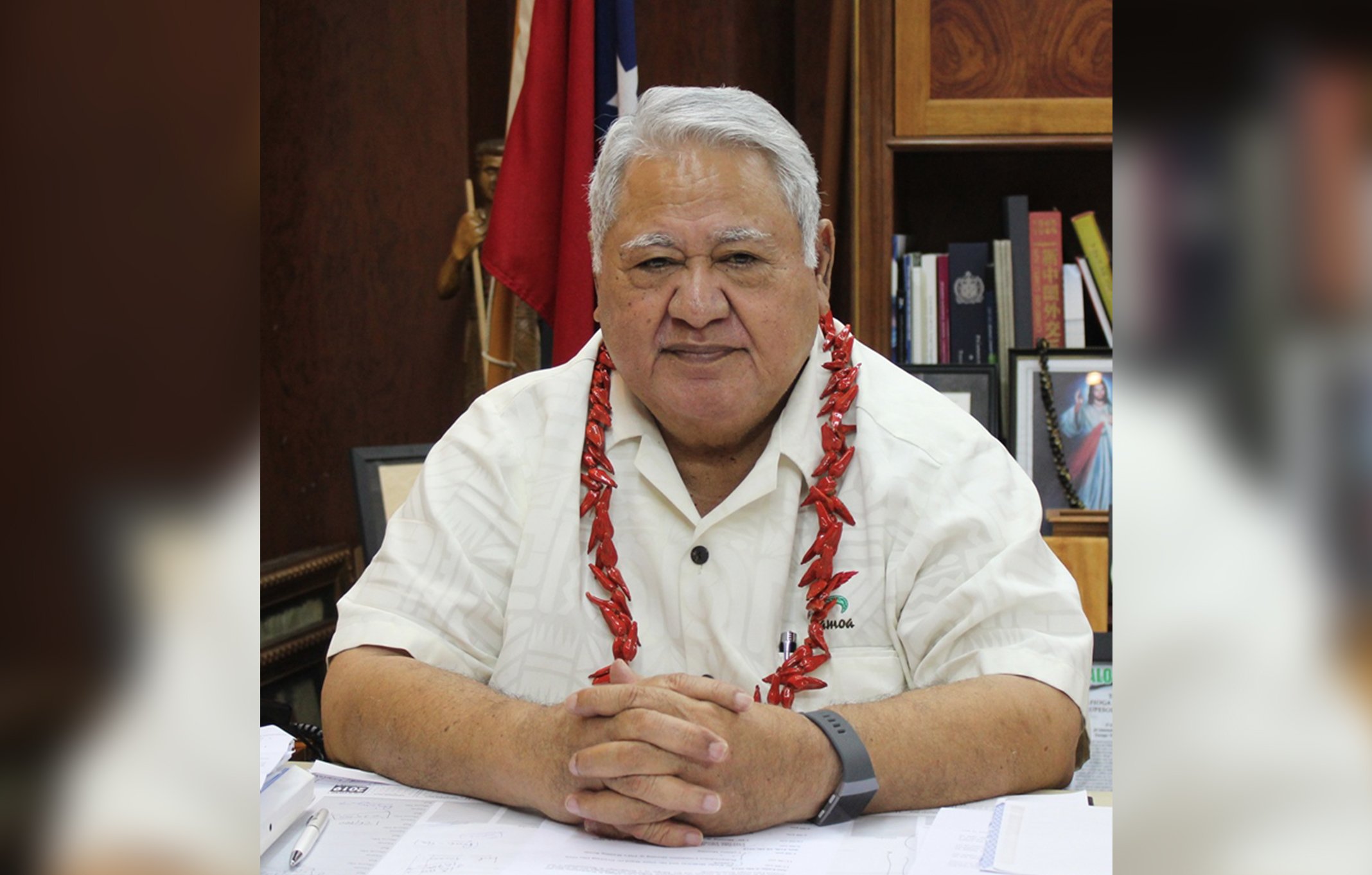 Prime Minister Tuilaepa Sailele Malielegaoi has named Tala Pauga of Australia, as one of the men responsible for the attempted attack during the launch of Samoa Airways in Brisbane earlier this month.

Tuilaepa told ET Live that the Australian police had “caught them and one of the guys is Tala Pauga”.

“I was informed about this on the same night the incident occurred”, said the Prime Minister on live podcast.

However, during his programme with the local media yesterday, Tuilaepa said that he had no idea what went down in Brisbane during the launch of the Samoa Airways last week.

The video posted by ET Live which has since gone viral on social media, shows two young men verbally abusing Tuilaepa before throwing food, eggs and paper in to the crowd of people in a community hall.

Video footage shows a commotion as people were taken by surprise by the interruption.

The video shows the Prime Minister maintaining composure and continuing his speech throughout the commotion.

Speaking about the incident Tuilaepa said this is not new to him.

“I’m used to this kind of behaviour and it is nothing new,” he told the media.

“But I didn’t really know what was happening until I read the news from the media here”.

“From where I was standing at the time of my speech I just saw two people outside of the door making noise and then I could see people getting up from their seats and that’s why I told the gathering to stay clam, ‘Ia to’a pea le tai'”.

“I only saw them throwing paper on the floor and then I heard them saying something.”

Tuilaepa said he did not pay any attention to the people because he was just focusing on his speech.

He also said that he was not aware of what was written on the papers thrown by the attackers.

“I only saw the two people chucking papers on the floor but I was far away from where these two were and where they threw the paper and supposedly a pig’s head,” he said.

“The papers probably had some swear words written on them, but I didn’t see it”.

“But I’m used to these kinds of people and their attitude and that is why I am not bothered by it.”