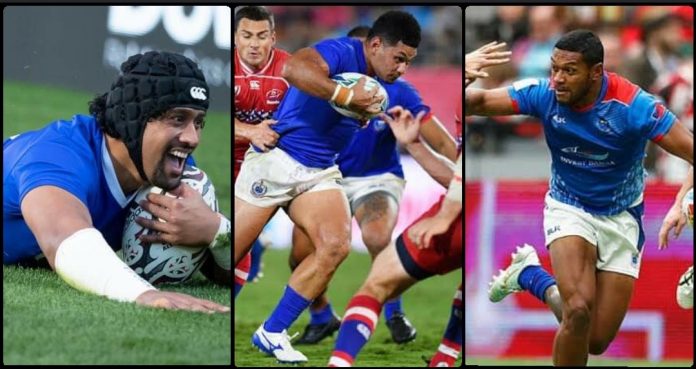 Neria Foma’i, Tomasi Alosio and Henry Ta’efu all played for Samoa’s four matches earlier this year against the Maori All Blacks and Tonga.

Foma’i has represented Samoa in both the 7’s format and the Manu Samoa 15’s. Between 2013 and 2015 Foma’i played in 15 HSBC World Sevens Series tournaments. His speed and footwork helped him to score 65 points in 60 matches for Samoa 7’s, representing his country at both the Commonwealth Games and the 7’s World Cup. 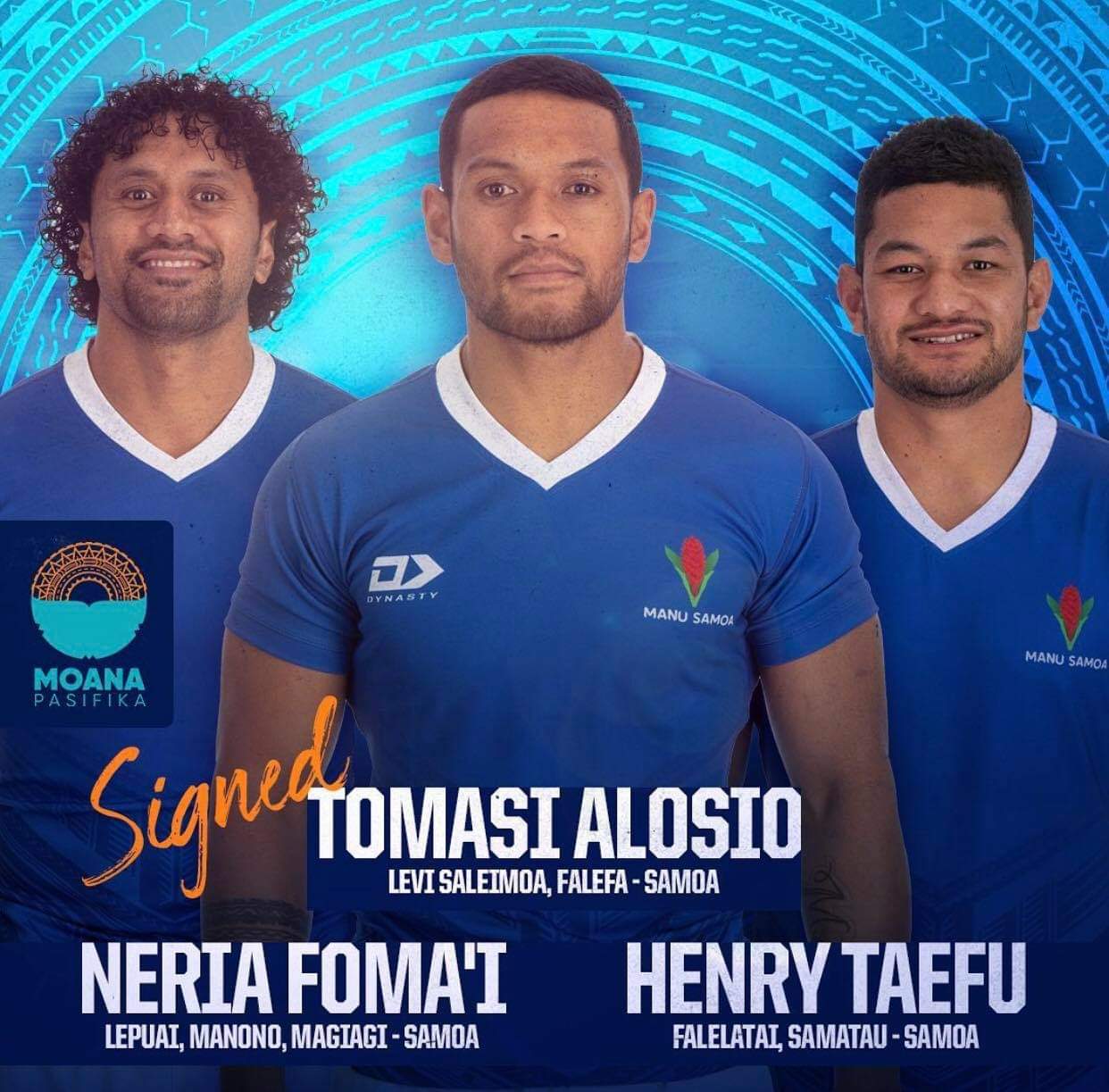 The shifty winger is in top form for Hawkes Bay who are currently at the top of the table in New Zealand’s NPC Rugby.

Tomasi Alosio, much like Foma’i started his international rugby journey with Samoa 7’s. The Wellington native appeared for Manu Samoa Sevens 201 times with 47 tries to his name. With his focus now switched to 15’s, Alosio has been playing for the Wellington Lions during the NPC season.

The experienced fullback was a part of the Manu Samoa side that defeated Tonga in back to back matches to qualify for the 2023 Rugby World Cup.

Henry Taefu plays his rugby in Australia for the Western Force. Although he was born in beautiful Apia, the powerful midfielder represented Australia at the U20’s level in 2013 and appeared for the Brisbane Reds four times in 2017 before signing with the Force in 2018.

The 28 year old debuted for Manu Samoa in 2017 and was part of the Manu Samoa 2019 RWC campaign. Taefu, with his kicking ability, scored 34 points for Samoa against Tonga across their two RWC qualifying matches.