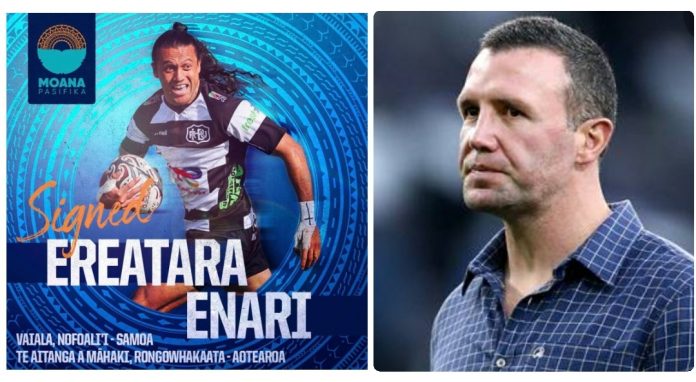 Moana Pasifika has signed former NZ U20 Vice-Captain to their side for the Super Rugby Pasifika 2022 campaign.

For the last 3 months Enari has played halfback for Hawkes Bay in the National Provincial Championship. Currently, they are at the top of the table after a successful Ranfurly Shield defence against Tasman last weekend where Enari contributed with a try of his own.

The side is coached by former Highlanders and Leicester Tigers head coach Aaron Mauger. The 45-test All Black with Samoan, Tahitian and Cook Islands descent will take charge of Moana Pasifika for their historic debut campaign in Super Rugby Pacific in 2022. He has signed a three-year deal with Moana.