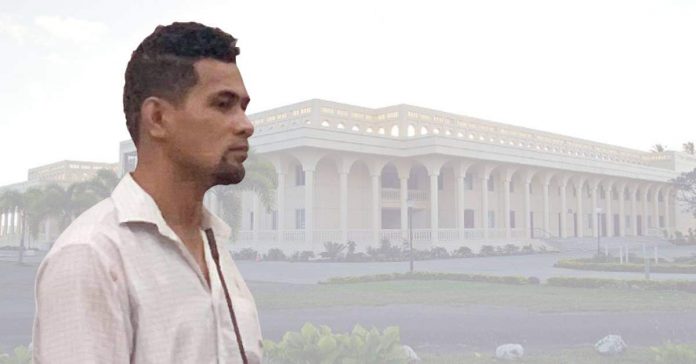 04 February 2019, Apia Samoa. A man accused of the murder of a 34 year old male of Sapaplii earlier this year appeared in court this morning.

However, Leone Su’a-Mailo asked the Court for more time to consider the bail application.

Chief Justice Patu granted the application by prosecution but stated that no more time would granted.

“This is the final adjournment to the 11th of February at 10am for the prosecution to consider the bail application as whether to oppose it or not.”

Earlier this year, a source from the village told Samoa Global News that the incident occurred on the night of New Year ’s Day.

He said the 2 men involved did not know each other and had been drinking throughout the day at separate “drink-ups”  in the village.

A Samoa Global News source had said at the time, “In a senseless act, the accused, still unhappy about the scuffle earlier, went to the home of the deceased late that night and stabbed him in the chest and neck while he was asleep.”

The incident occurred after midnight and it is understood that the deceased was declared dead upon arrival at the Tuasivi hospital.

Leota Tima Leavai told Samoa Global News that prosecution have yet to finalise the charges against the defendant.