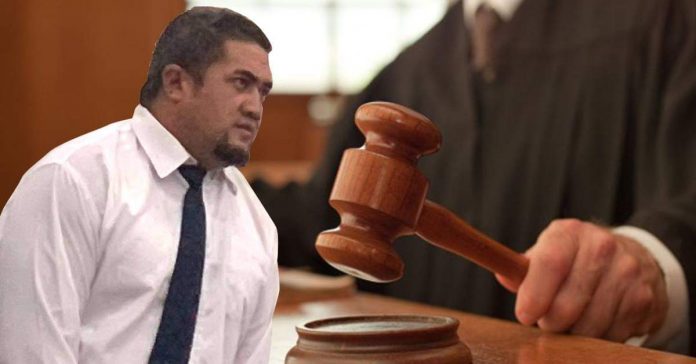 04 February 2019, Mulinuu Samoa. A bail hearing is set to next week Wednesday for commercial farmer Peter Tulaga accused for the alleged shooting of a woman in his home in Vailoa last month.

Tulaga appeared for the second time in the Supreme Court since the alleged incident occurred.

Ms. Su’a-Mailo told the court the matter was adjourned from last week for them to response to the bail application.

“Your honour, we have filed our response and so it is a matter to set a date of hearing,” she told the court.

Leota told the court prosecution opposes bail and she had already filed three affidavits to support her client’s bail application.

Chief Justice Patu then questioned Ms. Su’a Mailo on the grounds for which prosecution plans to oppose bail.

She told the Court there were two reasons. The defendant might tamper with their witnesses and they were concerned for the safety of the victim involved.

This made Leota intervene and told the Court the victim involved is New Zealand.

“He has been in custody for three weeks now and the victim involved in this is currently overseas and there is no risk for him to intervene with any prosecution witnesses,” said Leota.

“The victim is in New Zealand so there is no way he will contact the victim and the incident occurred it was only himself and the victim,” added Leota.

Chief Justice Patu then adjourned the matter for hearing on the 13th of February before Justice Tafaoimalo, Leilani Tuala-Warren.