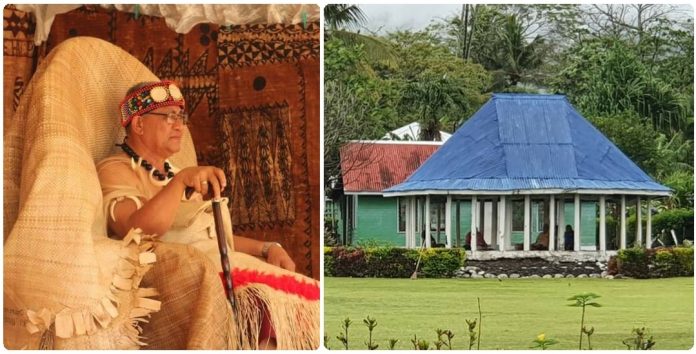 Friday 28 October 2021, Mulinuu Courthouse, Apia. A family in Lepea have been told to pack up and move out of their home because the village high chief, Faumuina Opapo, wants to build a museum (fale mataaga) in the location of their family home.

They are to move to an acreage in the inland settlement of Seesee and they must move by the end of this week, or face the wrath of a next-level decision (se isi tulaga) handed down upon them by the Village Council.

That was the resolution reached in a Land and Titles Court mediation held on Thursday morning attended by three of the family members, and representatives of the Village Council.

The Filimoeatu family homes are located next to the high chief’s home that sits higher up in the centre of the Lepea malae, circled with uniformed blue roof-topped fales surrounding it. 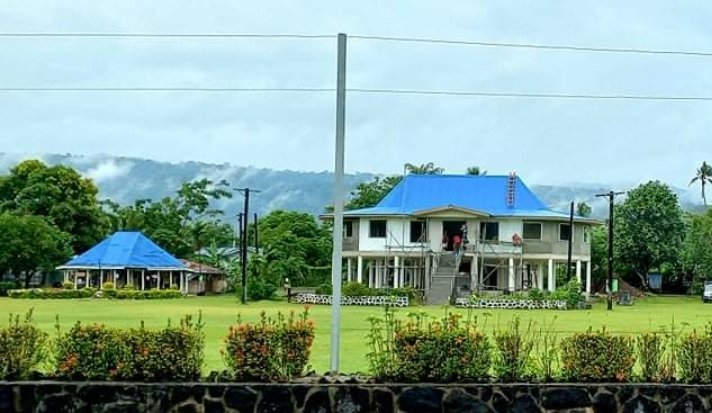 Faumuina Opapo was bestowed the long vacated title in March 2021. The last holder of the prestigious Faumuina title was Faumuina Anapapa who passed away in 2006.

When renovations began on the chiefly home three months ago, the Filimoeatu family were told they had to move out because expansion plans included the location of their family homes.

Makerita Filimoeatu, her younger sister Tauavae and their brother Iakopo had sought help from the Lands and Titles Court to reverse the decision handed down.

However during the LTC facilitated Mediation, village representative Fainuulelei Felise said Lepea is different from other villages of Samoa in that Faumuina has authority over all the lands.

“Faumuina owns (pule) all the lands of Lepea, and no one has a say when he hands down decrees (malelega). 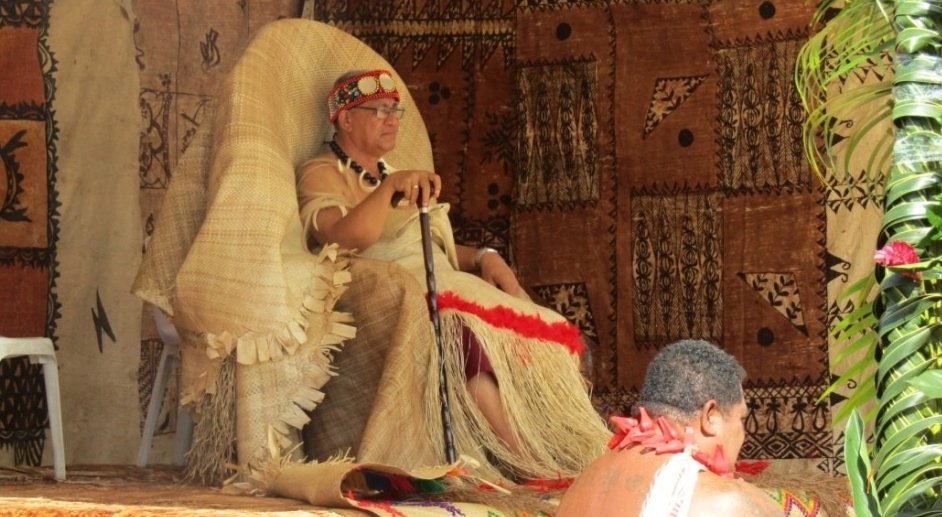 Fainuulelei said the Filimoeatu family are being taken care of by Faumuina, with four acres put aside for them in Seesee. He said he has also instructed village taulelea (untitled men) to help the family dismantle their homes and cars have been arranged to help move them to the vacant lot at Seesee.

Iakopo Filimoeatu argued on behalf of his sisters during the mediation. He said the lands they occupy were handed to their forefathers by the Faumuina title holder of that time. He questioned the ability of another Faumuina to take back and dismantle what a previous Faumuina had bestowed and decreed.

This caused the village council representatives to shift duscussions to threats of being banished by Lepea, if they did not obey the high chief’s orders.

The younger of the sisters, Tauavae, then agreed to the move, saying she was afraid of any consequences that might follow.

Makerita Filimoeatu said they needed time to discuss with their families and prepare for the relocation process, a move that was not easy for them to do. She pleaded that they are good village citizens who abide by village laws and they have lived in peace with the village for all these years.

This request was not accepted by Lepea village council representatives. Fainuulelei told the siblings they have known about Faumuina’s decision for three months now.

“We can give you one day to talk with your families and move”, said the Village Representative (Sui o le Nuu).

The mediation ended with the Filimoeatu family having 24 hours to pack up, dismantle their homes and move inland to Seesee.

Asked whether the lands at Seesee are flat with water and electricity, the siblings said they have not seen nor been to the lands their family were expected to move to.

The renovations for the Faumuina family home are due to be completed in two weeks and a cultural blessing ceremony is being planned.