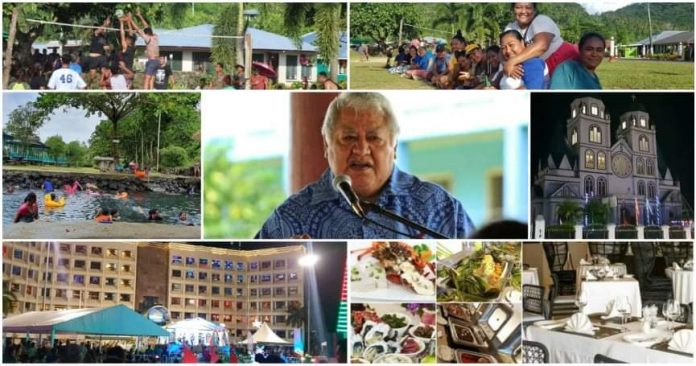 4 Jan 2021, Press Secretariat, Update – Samoa SOE Orders. The eased restrictions to Samoa’s State of Emergency Orders announced on the 21st of December have been extended for another two weeks to the 17th of January.

A media release from the cabinet Press Secretariat confirms the Head of the Sate, le Ao Mamalu ole Malo, Afioga Tuimalealiifano Va’aleto’a Sualauvi II has approved the recommendation by Cabinet to extend State of Emergency Orders put in place for the festive season.

The eased restrictions to Samoa’s State of Emergency Orders gives bars and nightclubs an extra hour: from 10pm to 11pm, and extends trading hours for supermarkets from 7pm to 10p.

Sundays sailings between Upolu and Savaii was also given a green light, with the caution to allow only for cargo, on an as-needed basis.

The restriction on public gathering numbers was removed, meaning weddings, funerals, and other public events will no longer be limited to 100 or 50 couples.

1.  Sailings Between Upolu and Savaii.

Sailings are allowed between Upolu and Savaii from 3pm on Sunday afternoon, however, only for carting freight and goods, and only if needed.

5.  No Restrictions on Number of People at Public Gatherings

7.  Sunday Toanai for any Organisation

The restriction on public gathering numbers is lifted meaning weddings, funerals, and other public events will no longer be limited to 100 or 50 couples as previously se

The eased restrictions extends trading hours of supermarkets from its previous closing time of 7pm to 10pm, as well as bars and restaurants from