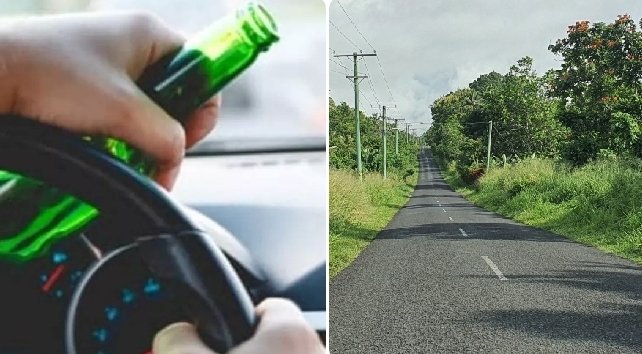 Friday 12 February 2021. A father in his late 30’s was killed in the early hours of Thursday morning when a vehicle he was travelling in, lost control along the steep stretch of road in Leulumoega-tuai.

Deputy Commissioner of Police, Prisons and Correctional Services, Auapaau Logoitino Filipo told Samoa Global News the driver and the other three male passengers, were all under the influence of alcohol.

“This accident happened because all of them were intoxicated, and under the influence of alcohol”, said the Deputy Police Commissioner.

Auapaau said a vehicle similar to a Toyota Terio carrying the four men lost control along the steep part of the access road in Leulumoega-Tuai, and rolled several times.

Auapaau said police are continuing their investigations, and again reminded the general public, especially drivers, “please do not drink and drive”.

“Your actions can lead to fatal accidents with consequences that will affect your family forever,” said the Deputy Commissioner.