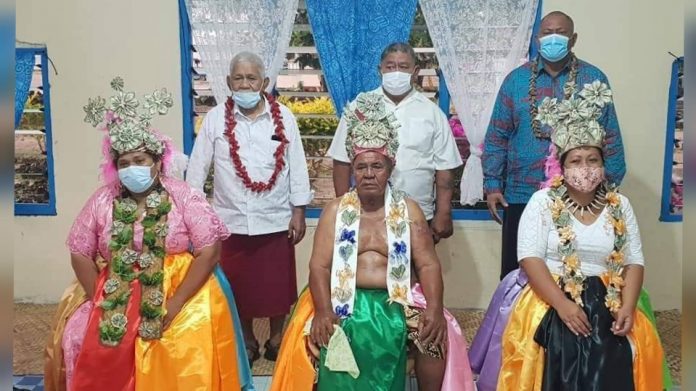 30 April 2022 Faga, Savaii. The Chief Executive Officer for the Ministry of Public Enterprises Elita To’oala was this morning bestowed the To’oala title by her family in Malaefiliga, Faga, a village in the East coast of Savaii.

TOOALA Mataulufotu Lila has lived in Faga all his life and is the main caretaker of the family at Malaefiliga. TOOALA Talele Siaosi Fepuleai is an Assistant Manager with the Electric Power Corporation and TOOALA Elita Tooala was just last month re-appointed as Chief Executive of the Ministry of Public Enterprises, making it her third term in the role.

Responding to questions from Samoa Global News, To’oala Elita said it was such a humbling experience for her.

“Praise God for his many blessings. I pray for strength to be able to serve my family, our fuaiala at Malae and the village of Taga..”

Tooala Elita said this was her father’s longstanding wish for her – to take up this role for his  father’s father’s side. 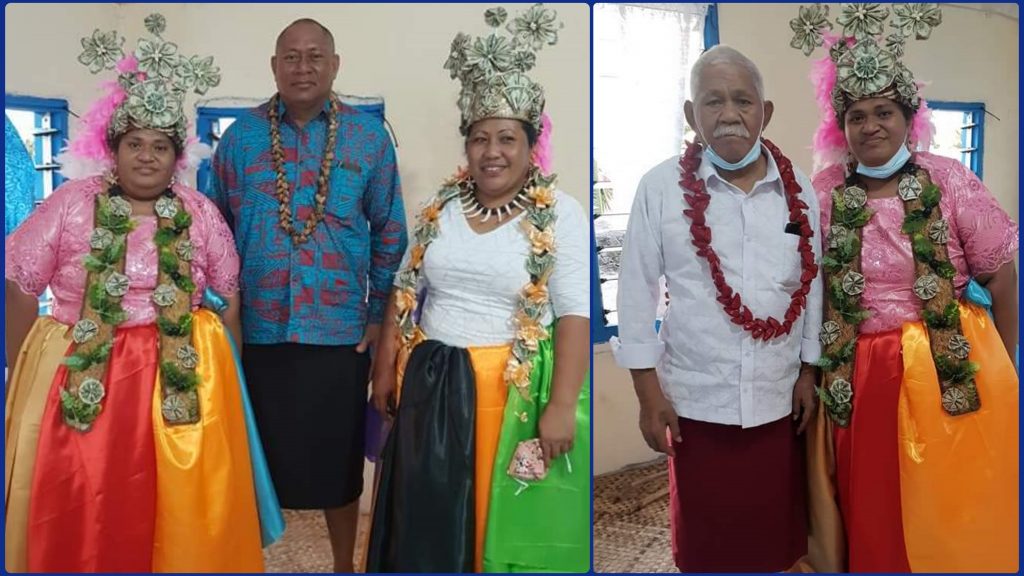 The new matais were blessed by Reverand Alofa Fruean, the Congregational Christian Church (EFKS) of Samoa’s pastor in Faga. The Latter Day Saints Bishop, and the Pastor for the Assembly of God Church as well as the Catholic Priest of Faga were also all in attendance.

It has been almost 13 years since the family bestowed To’oala titles. In December 2009, To’oala Usoalii and To’oala To’oto’o were bestowed the chiefly title.

Although Samoa leads the Pacific in the number of women CEOs, the number of women matai remains low. A 2018 National Inquiry Report by the Samoa Human Rights Commission confirmed only 11% of all matai in Samoa are women and that there are still 36 villages that do not allow women to hold matai titles. A further 21 villages allow women matai but do not permit them to serve on Village Councils.