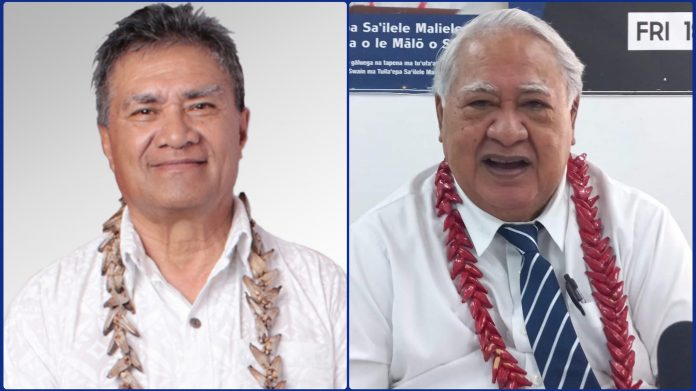 30 April 2022 Apia Samoa, from the files of #FaaSamoa.  The composition of the 51 District Development Committees set to coordinate and oversee community projects within villages has been laid down by the Ministry of Women, Community and Social Development (MWCSD) to be based on an individual’s political affiliation.  The 15-member committees, one for each electoral constituency, would overlook projects under a budget allocation of $1 million tala per year.

Hon Leota Laki Lamositele has written to elected Members of Parliament (who are supposed to Chair the development committees), outlining concerns that the composition of the committees did not include those who had supported FAST in the 2021 general elections. According to Human Rights Protection Party MPs who have all received letters dated 12th April 2022, the Minister raised concerns in the letter, that FAST party supporters, especially those who had competed in the 2021 general election were being ignored and not included in district committees. The letter states that some of these candidates had played a pivotal role in developing the project strategy that would now be driven by the committees. For this reason, the committees are asked to ensure these individuals are given a seat, preferably as Deputy Chair and/or Committee Secretary.

The composition of the 15-member committees is then spelt out as being, Chair – Member of Parliament, Vice Chair – FAST, Secretary – FAST,  Membership – 6 FAST, 6 HRPP.

The Faatuatua i Le Atua Samoa ua Tasi party had run a successful election campaign on the basis of returning community development to grassroots by promising $1 million tala would be allocated per year to each of the 51 electoral constituencies. The national budget allocation would be tagged to fund community projects that would enhance the social and economic development of villages across Samoa.

The funds are to be distributed through a structure of Development Committees, one for each of the 51 political districts of Samoa – where there are currently 20 in Savaii and 31 in Upolu including Manono and Apolima. There are 343 villages registered within the 51 Political Districts of Samoa, according to the latest SBS census.

In response the opposition Human Rights Protection Party have said they’ve written formally to the Minister, asking that he reconsider his approach especially in the case of Committees whose members have already been selected by Village Councils.

HRPP Party Secretary Lealailepule Rimoni Aiafi said each of their elected MPs received a letter dated 12 April 2022, and they are both shocked and saddened by the approach as it does not align with principles of good governance.

“This has never happened before, a Minister writing like this to elected Members of Parliament,” said Lealailepule. “And for some constituencies, there were no FAST candidates, so we don’t know how to apply this to districts like Satupaitea in Savaii or Vaimauga 2 here in Upolu, where there was no FAST candidate.”

Lealailepule said this also applies to his own district of Faleata, where he was uncontested at the April 2021 general elections.

The HRPP Secretary said this approach will only cause more conflict within districts.

“The elections are behind us, we are now working in our districts as one, not FAST or HRPP,” said Leala.

“That is our advice to the Minister, the elections are over and whoever has been chosen, let’s work together.. we’re not searching out which party individuals voted for.. we are all one now and looking towards unifying our districts”.

The HRPP party secretary added that the funds being allocated to the district committees are government funds, not party funds.

Member of Parliament for Sagaga 2 – a constituency made up of the villages of Malie, Afega and Tuanai – has also spoken out to air his concerns regarding the Minister’s letter.

Maulolo Tavita Amosa says their committee have had three formal meetings, and are currently busy with planned activities to curb the impacts of Covid-19 on village members and families. He says they followed all the instructions given to them by the Ministry when they went to register their committee last year, which included formal registration as an Incorporated Society with MCIL.

Furthermore says Maulolo, members of the committee being 5 from each of the three villages, were selected by Village Councils. Maulolo raised concerns with the approach taken by the Minister, stating that the letter refers them to liaise with the Ministry CEO for implementation of the directives given. “Why not meet with us, matai to matai? Committee members include chiefs and orators and members of the women’s committees..”

For Malie, one matai told Samoa Global News that their selection was based on gender equality, participation in village meetings and prior experience in village development projects. Malie was able to select 5 members to Sagaga 2’s committee. They went with 2  Matai (one Alii and one Tulafale), 2 members from the Women’s Committee and their Sui-o-le-Nuu (SN) – an equivalent to a village mayor who acts as a conduit between government via MWCSD and the village.

“We never asked what party did you support because that’s none of our business, that’s the person’s own prerogative,” said one matai.

“We don’t know what he means by FAST supporter or HRPP supporter.. we selected matai who were active with village projects in the past, so we know they will represent us well in the district committee..”

Similarly, for their five members, Afega and Malie had also selected participating matai as well members from their women’s committee.

Maulolo adds that there are legal processes to follow now that they are under MCIL’s registry of Incorporated Societies. “We followed all the protocols set down by the Ministry when they went to register last year. The MWCSD was being overlooked by Hon Prime Minister Fiame Naomi Mataafa at that time, when Leota Laki Lamositele was overseas seeking medical treatment”.

Maulolo says bringing politics into the mix can lead to unnecessary stress on the system and that will not uphold peace and harmony within villages.

“My main goal is to unite our constituency who are still recovering from the ramifications of the 2021 political crisis.. we have moved on from that, and this will only take us back and cause conflict within villages and the district.”