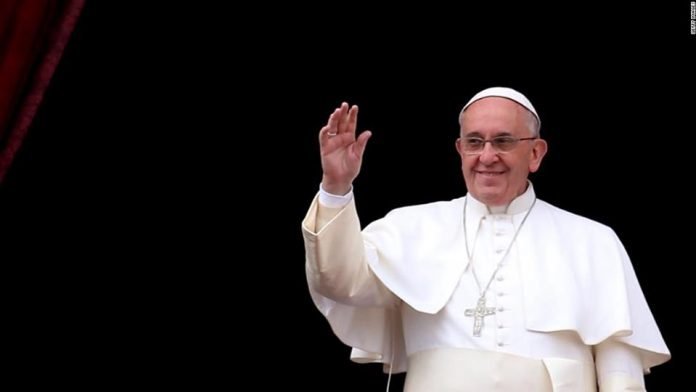 A day after Pope Francis created an international uproar by saying Catholics nuns had been subjected to “sexual slavery” by the founder of a French order, the Vatican sought to clarify his remarks.

“When the Holy Father, referring to the dissolution of a Congregation, spoke of ‘sexual slavery,’ he meant ‘manipulation,’ a form of abuse of power which is reflected also in sexual abuse,” said Vatican spokesman Alessandro Gisotti.

The Pope’s shocking comments were the first time he has publicly acknowledged the sexual abuse of nuns by Catholic bishops and priests. To date, much of the clergy abuse scandal has focused on minors, who represent the vast majority of cases.

But many Catholics say abuse of vulnerable adults, including nuns and seminarians, has long been a problem in the church. Some hope the church will address the issue at the upcoming meeting on the abuse crisis to be convened by Pope Francis from February 21 to 24 in Rome.

The Vatican’s own newspaper, L’Osservatore Romano, last week said abuse of nuns by priests and bishops at times is “made even worse by the fact that abuse of women brings about procreation and is therefore at the origin of forced abortions and children who aren’t recognized by priests.”
If the church “continues to close its eyes to the scandal,” wrote Lucetta Scaraffia, “the condition of oppression of women in the church will never change.”

The Pope’s comments, which came during a news conference aboard the papal plane on a return flight to Rome from the United Arab Emirates, come as the Catholic Church is dealing with sexual abuse scandals on several continents.

During the news conference, the Pope was asked by a reporter about the L’Osservatore article and how he might confront the issue of nuns abused by clergy.

“There have been priests and also bishops who have done that,” the Pope said of sexually abusing nuns. “And I believe that it may still be being done. It’s not a thing that from the moment in which you realize it, it’s over. The thing goes forward like this. We’ve been working on this for a long time.”
Francis said the Vatican has “suspended some clerics, sent them away for this” and “dissolved” some orders of nuns “that were very tied up in this, a corruption.”

“Must something more be done? Yes. Do we have the will? Yes,” he said.
Francis mentioned the case of one order of nuns in particular, in France, in which his predecessor, Pope Emeritus Benedict XVI, had tried to take action but was thwarted by Vatican insiders. At the time, Benedict was a cardinal and head of the Vatican’s doctrinal office.

“But when he became Pope, the first thing (he said was) bring me this from the archives and he began,” Pope Francis said.

“Pope Benedict had the courage to dissolve a women’s congregation that had a certain level because this slavery of women had entered, even sexual slavery, by clerics or by the founder,” the Pope said.

According to the Vatican, Pope Francis was referring to the Community of St. John, a religious group founded in France in the 1970s. The group split into two, with one moving to Spain, after the founder died.

In 2013, the community publicly acknowledged that its founder, the Rev. Marie-Dominique Philippe, “sometimes made gestures contrary to chastity,” with several women under his spiritual direction, according to La Croix, a Catholic newspaper in France. No mention was publicly made at the time of allegations of “sexual slavery.” Phillipe died in 2006.

Pope Benedict XVI dissolved the splinter group of St. John in 2013, a move that Pope Francis praised as “strong” and “consistent.”

In recent months, CNN, the Associated Pressand several other media outlets have highlighted the abuse of nuns by bishops in Asia, South America and Africa.

“There are cases, usually in new congregations and in some regions more than others,” Francis said on Tuesday. “We’re working on it.”