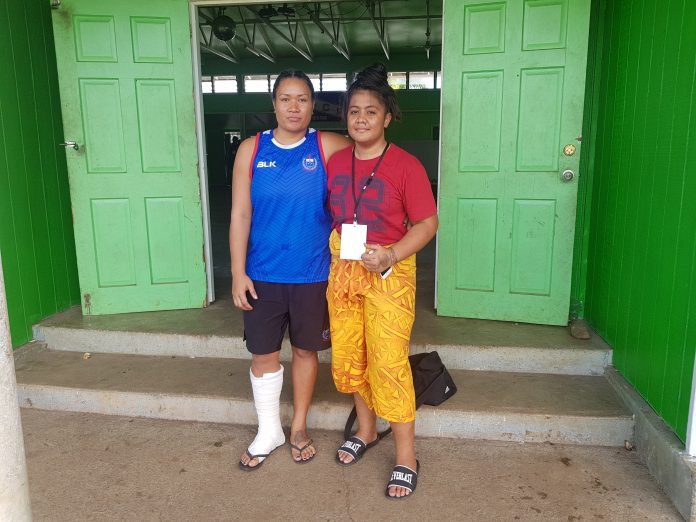 16 February 2019, Apia Samoa. Tiana Travis is the Captain of the Aana Blues girl team who made the quarter final of the Marist 7s today says that their rugby development in the village is mostly self funded.

“Avii dropped off a uniform for us on Thursday and we are grateful for that.”

“For our registration we all put in 50 tala each and then coaches and managers put in the rest.”

The team suffered a blow when their captain broke her leg yesterday but overall say they are happy with the team’s performance making the quarter finals, goiny down to a stronger Auckland Samoa side this morning.

The captain says that they could do a lot more if they were supported and would love to secure a sponsor for their team going into the future.

“If only we had a sponsor like the other teams here”

“It’s really good to empower the young girls from our village. All the girls get along well.. they are all young. I’m the only married one on team.”

Tiana is married to Travis Fenumiai from Mulifanua with 3 children’s works for a Chinese shop near the village.

24 year old Pelenatete Tapili jumps in to say that Travis is very supportive of their skippers rugby.

“He drops off our captain and then always helps out with us players and with the team.”

Tiana Travis says they’ll be back next year for sure to compete in the Marist International 7s.