Samoan International Brian To’o topped off the 2021 NRL premiership victory when he got down on one knee to surprise the beautiful Ms Sala Moesha Crichton-Ropati with a fairytale marriage proposal at Brisbane’s Suncorp Stadium.

The 23-year-old hard running Panthers winger had just put in another trademark performance running for over 230 metres in the Panthers 14-12 NRL Premiership win over South Sydney Rabbitohs.

After the game, Brian “da man” Too, with a blood stained eye takes a knee, and with a huge smile, looks up at Ms Crichton-Ropati and holds up an open ring box!

We say it again, what a guy, you DA MAN!

Ms Crichton-Ropati had come down to the fence after the game, and looked just as surprised as the crowd gathered around them, when her Tama Samoa got down on one knee to ask her hand in marriage. 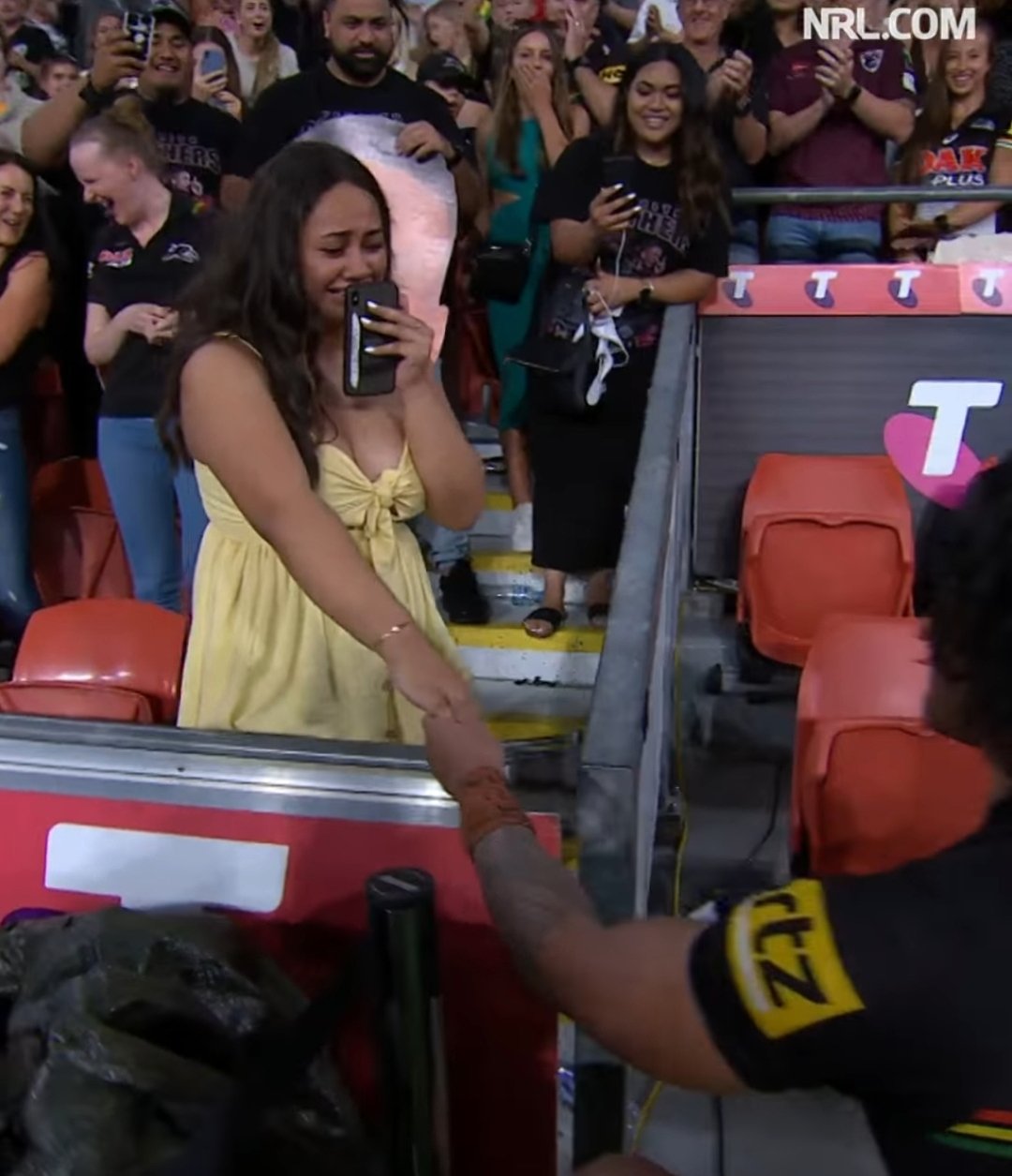 “I thought he was just coming to give me a hug like he usually does, I wasn’t expecting that,” Moesha told Channel 9.

The couple had last week stolen the spotlight at the Dally M Awards when Ms Crichton-Ropati brought Samoan traditional elegance to the red carpet.

“This dress is symbolic of our culture and how she wanted so much to make our culture part of her and her boyfriend’s special night”.

The surprise proposal caps an outstanding year for To’o who also made his State of Origin debut and was named in the Dally M Team of the Year.

“Bizza” thanked his team mates for the win that made the celebration of another milestone of his life even more memorable and special.

“First and foremost I want to give the guys a nod, a massive year not only for myself and my family, but also my community;

“I want to thank my beautiful partner for saying ‘yes’ and the boys for getting the win, feel so lucky to be here.”

You can watch the Brian-Moesha proposal on the NRL page, click here.