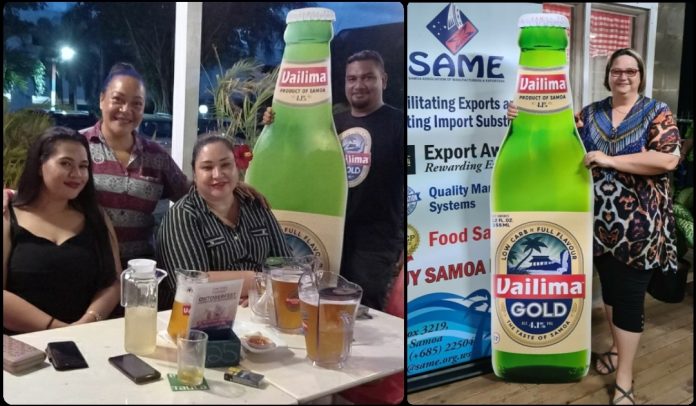 Samoa Breweries has introduced its newest addition to the Vailima beer family, Vailima Gold will officially launch during the Oktoberfest held on Saturday 2 October at Taumeasina Island Resort, also celebrated at Edge Marina and Taumesina Hideaway.

The Oktoberfest is the world’s largest Volksfest held annually in Munich, Bavaria, Germany held in early October, with more than six million people from around the world attending the event every year.

This weekend the low carb, full flavour lager beer with an alcoholic strength of 4.1% is available on tap at certain bars, and later in November in 355ml bottles. 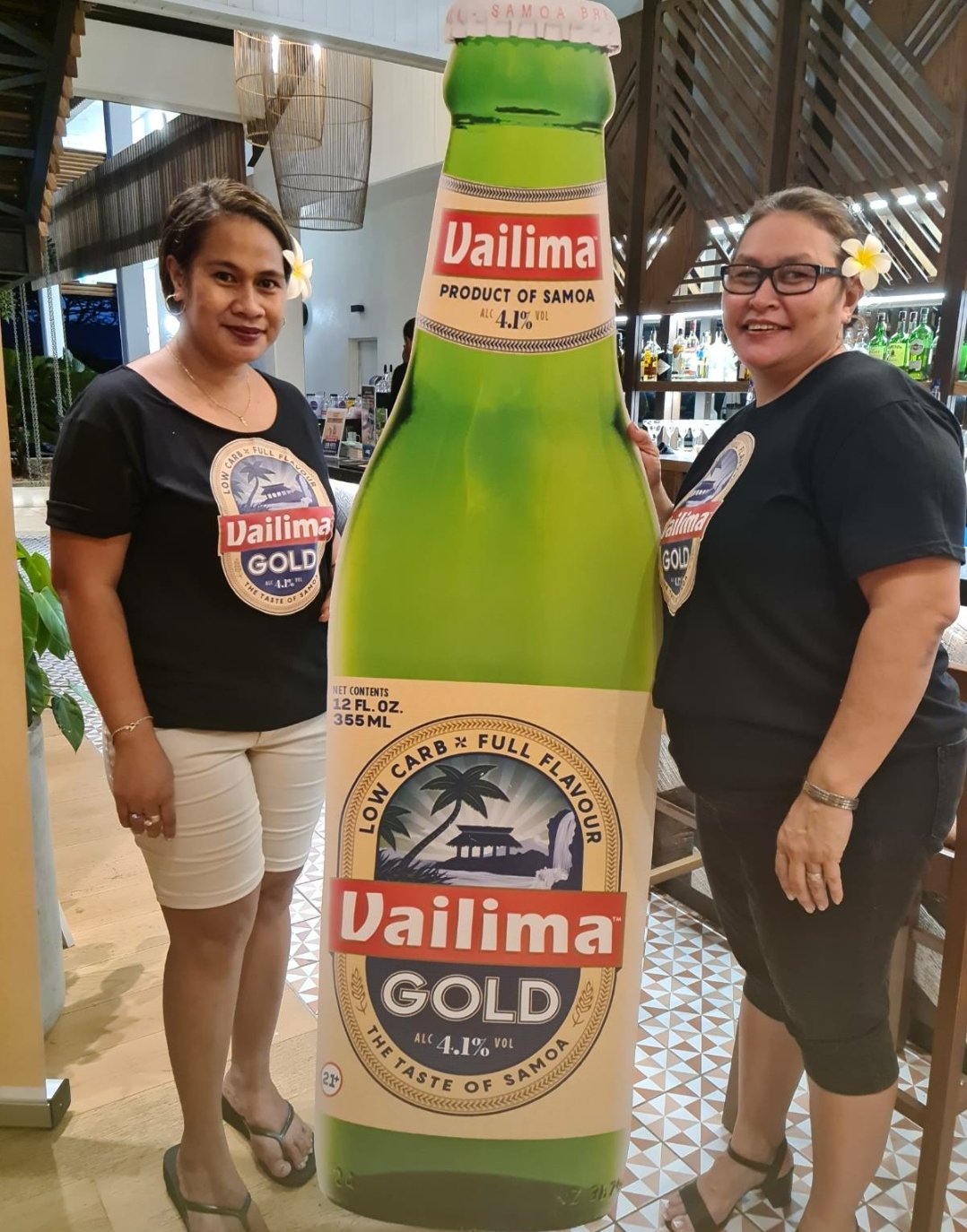 “This beer has been months in the making and our Vailima Brewing Team have worked tirelessly to perfect its brewing processes to achieve a true low carb beer that has a full body of flavour”.

The Samoa Beverage Company in a press release states the low carb beer is a response to market research that identified a gap in the market.

“This provided Vailima with the opportunity to create a Low Carb beer to suit a new emerging demographic of drinking profiles”.

Samoa Breweries GM Brent Adams said, “We are extremely proud to launch Vailima Gold in Samoa, and to do it during our Oktoberfest event gives all drinkers the opportunity to taste and enjoy this new beer. We believe that its low carb characteristics will appeal to a wide range of drinkers. This
beer is not only for the health conscious but for those who want to drink responsibly. It caters to all and we’re really excited to be the first real low carb beer in Samoa!” 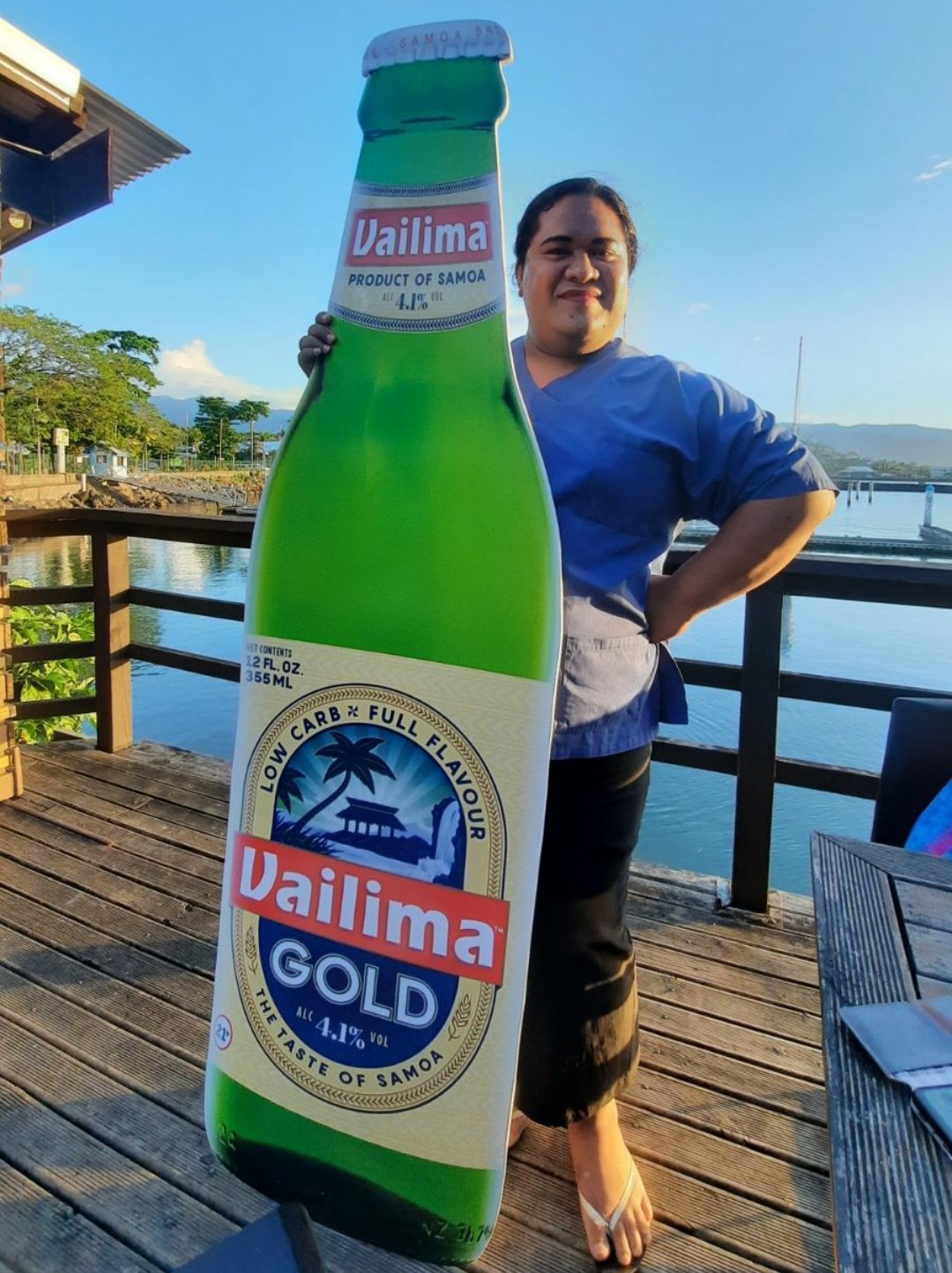 Initially, Vailima Gold will be available only in draught, while the 355ml glass bottle offering will become available for sale and consumption in November. Vailima Gold in draught is available to buy at The Edge Marina bar, Taumesina Hideaway, Taumeasina Island Resort, Birdie’s Bar, Lava Hotel,
Hotel Millenia, On The Rocks Bar, Tee-20 Bar and RSA Nightclub.