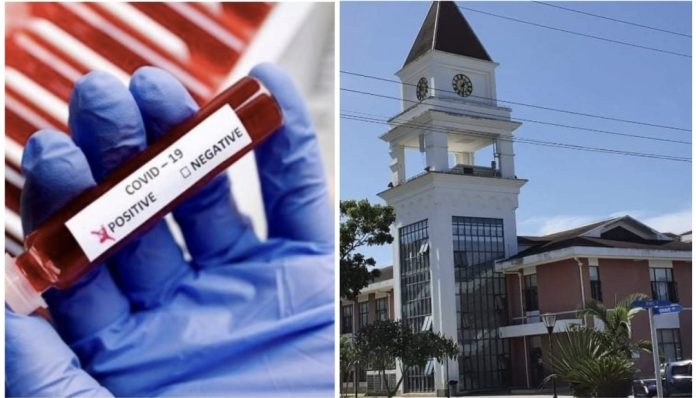 20 January 2022, Apia Samoa, NEOC Press Conference. Samoa’s Director General of Health, Leausa Dr Take Naseri confirmed that children including an 11 month old baby are amongst the 10 passengers from a repatriation flight from Brisbane Australia, who have tested positive for coronavirus.

“The youngest of the passengers affected is 11 months old,” confirmed Dr Leausa, “while the oldest person infected is 63”.

Leausa also confirmed that children aged 2 years, 3 years and a 5 year old are also amongst the 10. “Four males and six females”.

There were a total of 73 passengers on the flight that arrived into Faleolo International Airport just after 3:30pm on Wednesday 19th January 2022.

The passengers returned positive tests at the airport, and were immediately transferred to a special isolation at Motootua National Hospital where they will continue to be monitored and tested regularly, said Leausa.

“Nine close contacts of these passengers are also being closely monitored and have been kept separately, at the Faleolo District Hospital,” said Leausa.

According to Samoa’s Director General of Health, passengers affected had all returned negative tests pre-departure. They are also asymptomatic and not showing any signs of illness.

The variant could not be confirmed at this time, however, Dr Leausa said test samples will be taken to New Zealand for confirmation. 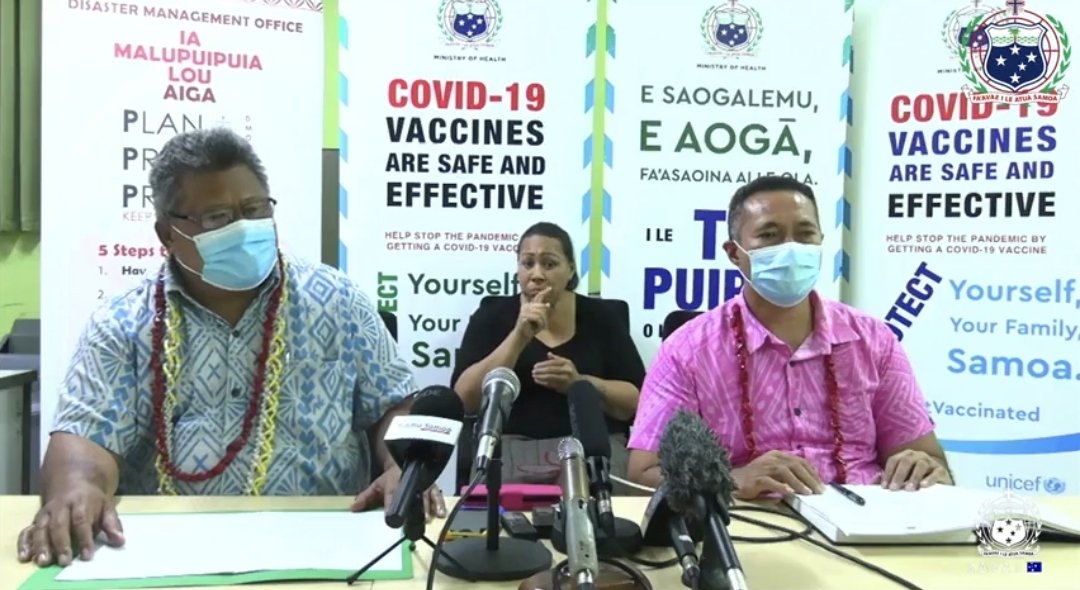 Dr Leausa also confirmed that Samoa’s frontline staff and healthcare workers including flight crew, airport processing staff such as immigration and quarantine, as well as transport drivers were in PPE clothing and wearing masks.

Dr Leausa said Samoa has been preparing for the coronavirus for the past two years, and assured the public that Samoa is safe.

“We are confident that there is no community transmission and we will continue to monitor all quarantine sites and isolation units,” said Dr Leausa. “Even our health care workers, they are also in isolation and have not returned to their families as a matter of protocol”.

Samao’s Head of the National Emergency Operations Centre (NEOC) said incoming cases from repatriated flights is not a new situation for Samoa.

Agafili Shem Leo clarified that Cabinet has placed a hold on the next repatriation flight due to arrive from New Zealand this Saturday 22nd January as well as a another from Australia, expected to arrive next week on the 24th of January. “They are put on hold until further notice”.

Agafili confirmed that Samoa remains on Alert Level 1, which is the lowest alert level – where the public are requested to maintain social distancing, wear masks and be vigilant.

“The situation will continue to be monitored, and we will advise the public of any changes,” said Agafili.

Agafili also addressed those who have tested positive and have been taken in isolation.

“We lift you up in prayers, and encourage you be strong, we are all in this together and pray for your quick recovery”.

To those who are in normal quarantine, Agafili also advised that they remain careful and abide by set protocols. “Remember that the community case in Fiji occurred from carelessness of those in quarantine sites”.

Samoa has remained Covid-19 free for over two years with zero community cases. It’s border controls have been tested with thousands of repatriated passengers since its borders closed in March 2020.

Flights from New Zealand and Australia have allowed students, seasonal workers and those taking advantage of the one-way bubble with New Zealand – to return to Samoa.

Samoa’s efforts to keep the country Covid-19 Free in the past two years, can be credited to the two-man team of NEOC Chair Agafili Tomaimano Shem Leo who is also the CEO of the Ministry of the Prime Minister and Cabinet, and Director General of Health Leausa Dr Take Naseri.