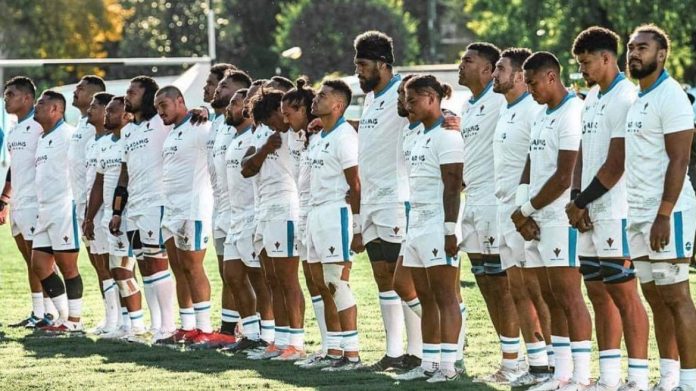 Manu Samoa Head Coach Vaovasamanaia Seilala Mapusua has made four changes to his starting line up to take on Georgia this weekend.

After a disappointing start to their Northern Hemisphere tour, going down 49-17 to Italy, Samoa are looking to bounce back in a big way against Georgia.

The forward pack primarily remains the same to the team that played Italy with only one change made by Vaovasamanaia.

Taleni Seu is promoted from the bench to start at the lock position replacing Brian Alainu’uese.

Seu is a former Chiefs representative who has since moved on to play his rugby in Japan for Toyota Industries Shuttles.

The backline sees four changes with a new first-five and a new midfield pairing.

UJ Seuteni moves from centre to first-five which means 0Rodney Iona will miss out on this weeks match.

Seuteni represented Australia in the U20s back in 2013 and has since played for Toulouse and currently signed with La Rochelle in France.

Leuila has been in hot form for Waikato in New Zealand’s NPC tournament.

Paia’aua is a Wellington born midfielder who has played the majority of his career with the Queensland Reds. He is currently signed with RC Toulonnais in the Top 14 competition.

Tumua Manu, another former Chiefs representative, was not selected in last weeks 23 man squad and

The 29 year old has been selected to start at centre to pair with Paia’aua in the midfield.

Manu Samoa Veteran Alapati Leiua has been demoted from the starting wing spot to the bench this week which sees Tomasi Alosio earn his first start of the Tour.