Two people have been hospitalised from injuries sustained in a head-on collission between a dyna truck and a tuscon at Tuaefu yesterday afternoon.

The driver and the front passenger of the white dyna truck were taken to hospital by ambulance while three passengers sitting at the back of the truck miraculously escaped with minor injuries.

The driver of a grey tuscon was uninjured and witnesses say he was speeding and lost control along the curves of the slippery road. 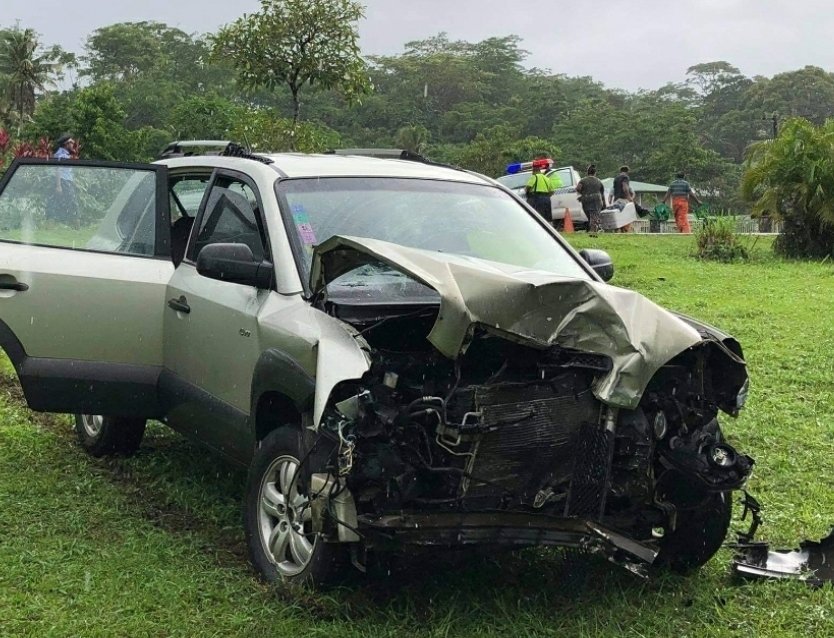 Police were seen giving the driver a breathalyzer test, and many witnesses said the driver looked to have been under the influence of alcohol.

“We could smell the alcohol on him,” said one witness. 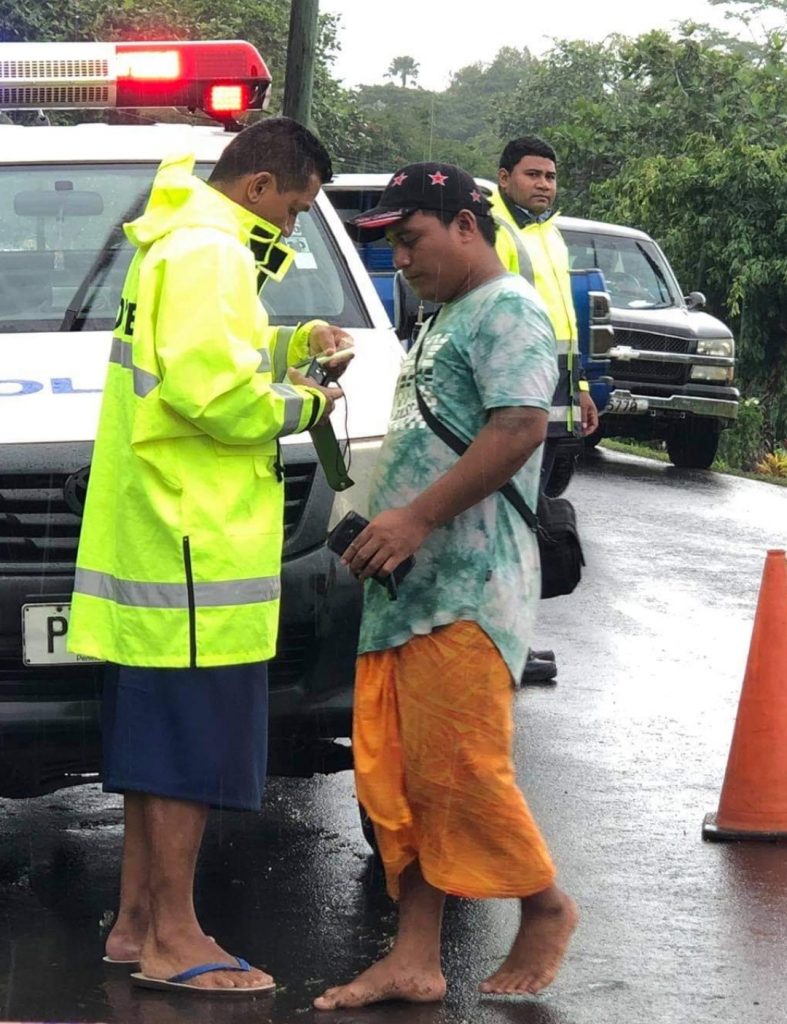 The tuscon swerved off the road and headed down a hilly area towards homes in a gradual valley. The accident happened 100 meters away from a dangerously steep end of the valley. 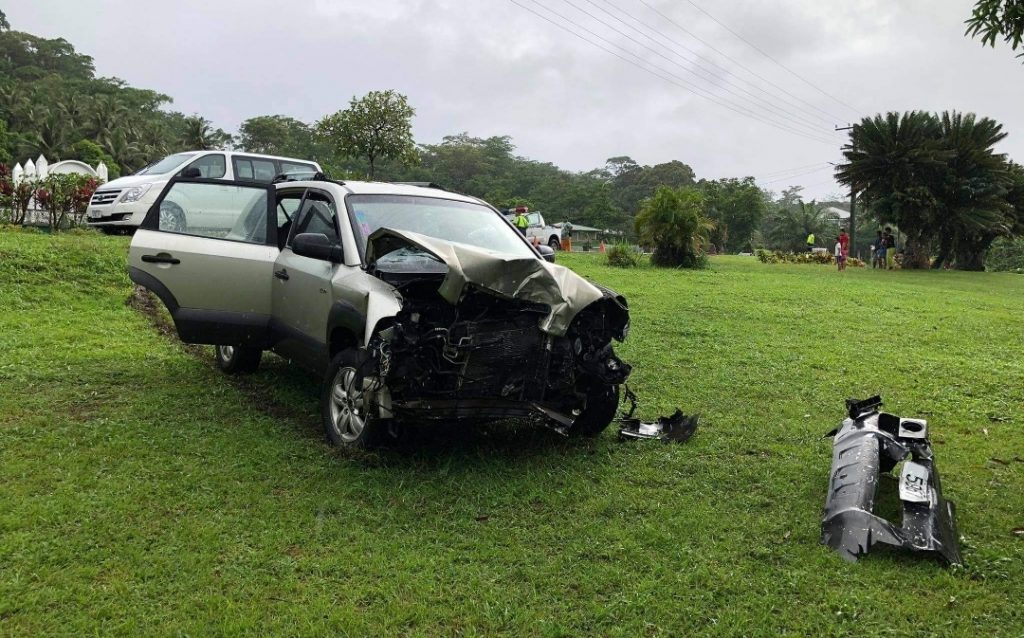 Samoa’s first responders arrived quickly and FESA officers say they had to cut the driver of the dyna out of the vehicle.

Police were on site to investigate the crash and were seen in the rain controlling peak hour drive-home traffic, brought to a stand-still by the accident. 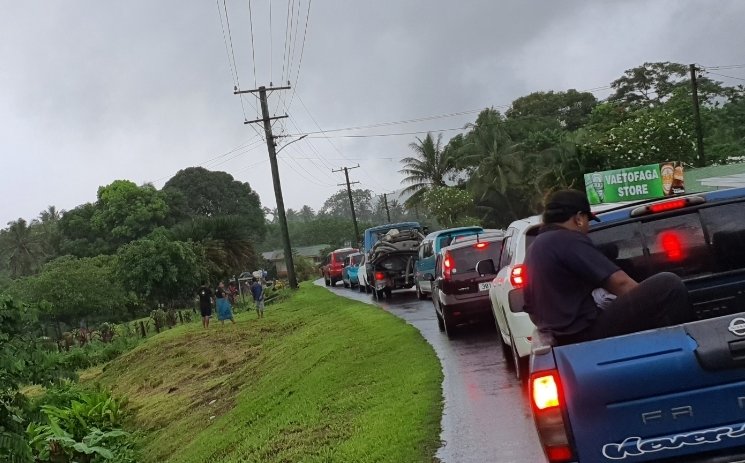 Two couples and a driver, heading home from Apia, were passengers in the dyna.

Lupematasila and his wife, together with his brother-in-law and his wife, had just been picked up from selling drinks and snacks around town, a small business venture that provides income for their families. 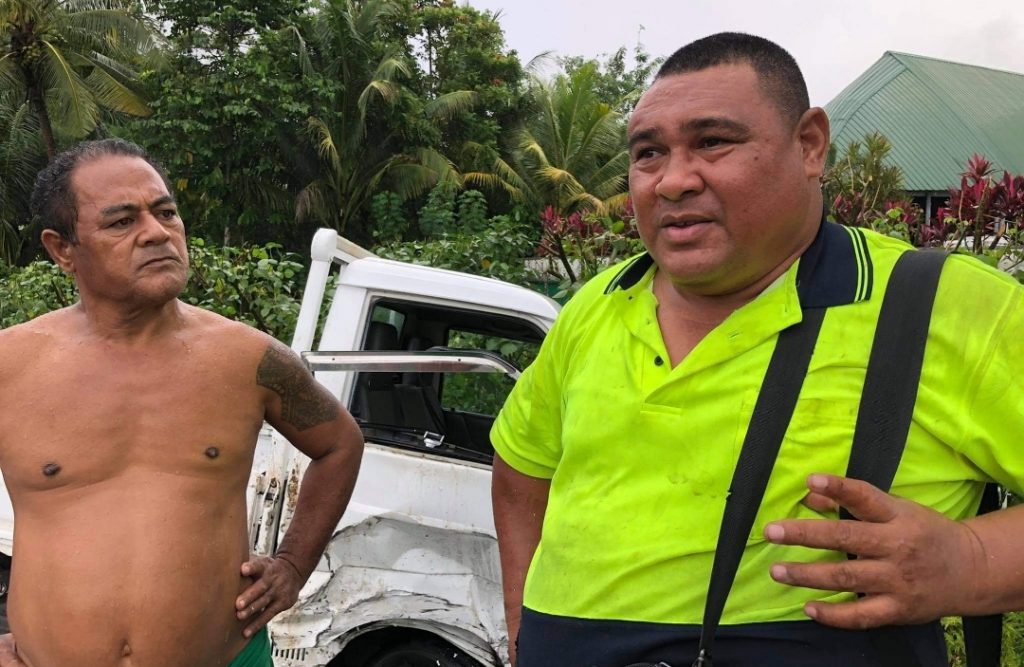 Lupematasila said it was a horrifying shock as they sat at the back of the dyna.

“I am extremely grateful to God that a life had not been taken in the accident”.

The father of five said he doesn’t know how their small business venture would now operate with the truck badly damaged.

Lupematasila said the sale of goods in town everyday was the only income to help support their families and children.

He was also disappointed that the driver of the other vehicle, was a distant relative of his from Falelatai.

“He is the son of my cousin Nanai”, said Lupematasila.

Samoa Police confirm that the driver of the tuscon has been charged with Drinking Under the Influence and dangerous driving causing injury.

Police Commissioner Su’a Fuiavailiili Egon Keil has issued a warning in the weekend to caution the public about the impacts of alcohol as the festive season approaches.