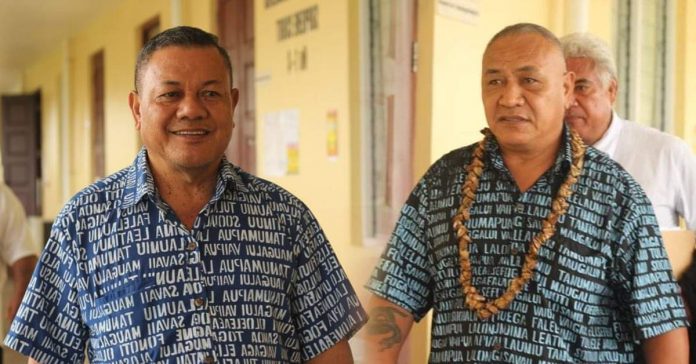 In a historical case the Supreme Court of Samoa has ruled in favour of two Members of Parliament whose seats were declared vacant by the Speaker of the Legislative Assembly in October, following their registration as FAST candidates for the 2021 general elections.

A panel of three judges delivered a decision that overturned the Speaker’s declaration, ordering him to pay $1,500 talā to each MP for costs.

The matter arose when Speaker Leaupepe Taimaaiono Toleafoa Fa’afisi in a letter dated 28 October advised the MPs for Salega East and Faleata West that their seats were declared vacant, quoting breaches of the Electoral Act and the Constitution of Samoa regarding crossing the floor within a Parliamentary term.

The two Independent MPs then took the matter to Court seeking the Supreme Court’s decision under S47 of Samoa’s constitution that clearly states all questions pertaining to a parliamentary seat “shall be referred to and determined by the Supreme Court”.

In response the Speaker filed his own application through counsel Katalina Sapolu, for the Court to uphold his declaration to vacate the two Parliamentary seats.

“We are not satisfied that either applicant has joined a political party namely, FAST, as a matter of Law”.

“The First Respondent’s purported declarations that the First and Second Applicants seats are vacated is in breach of Article 47 of the Constitution and section 143 of the EA 2019 is therefore invalid and unlawful;

“The First Respondent’s motion to declare the Applicant’s seats vacated is declined for the reasons given; and

“The First Respondent is to pay the Applicants costs of $1,500.00 for each Applicant.

Outside Court counselors Mauga Precious Chang and Muriel Lui said “justice had prevailed” and thanked the Supreme Court for dealing with the matter “fairly and urgently” to ensure their clients were able to attend this morning’s Parliamentary sitting.

Mauga added that their clients would have misled their Constituencies if they had not listed themselves as FAST members when candidate registrations closed on the 23rd of October.

“Basically under Law, any issues regarding Parliamentarians has to be decided by the Supreme Court.. the Speaker cannot make such a decision.. that is the protection for MPs provided by our Constitution. These seats are not Olo and Faumuina’s seats, they belong to the voters..”

She continued, “The court says the actions of the Speaker was unconstitutional and unlawful, so therefore the declaration to vacate the seats was invalid.”

“They haven’t changed to become Fast members for this Parliamentary term..

“I hope the intention of this timing is not to stop MPs from leaving HRPP,” added Mauga.

The group broke into a hymn and prayer outside the Mulinuu Courthouse. A video of the prayerful thanksgiving posted by Samoa Global News has gone viral on social media.

FAST leader La’aulialemalietoa Leuatea Polataivao Fossie prayed, “Lord not ours but you be the Glory…. grant us humility and the heart of forgiveness and guide our next steps…” 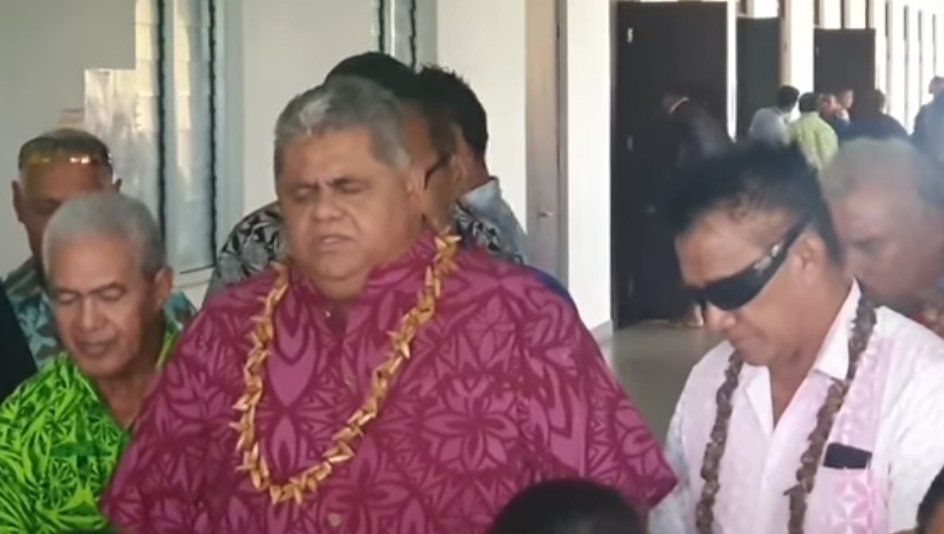 Olo Afoa and Faumuina Leatinuu both acknowledged the support from their respective constituencies, their families and friends, the FAST political party and the whole of Samoa.

Leatinuu was emotional and in tears said we serve a just God and thanked the Lord for His blessings.

Olo thanked the Judiciary for the decision and said the truth has been revealed in court.